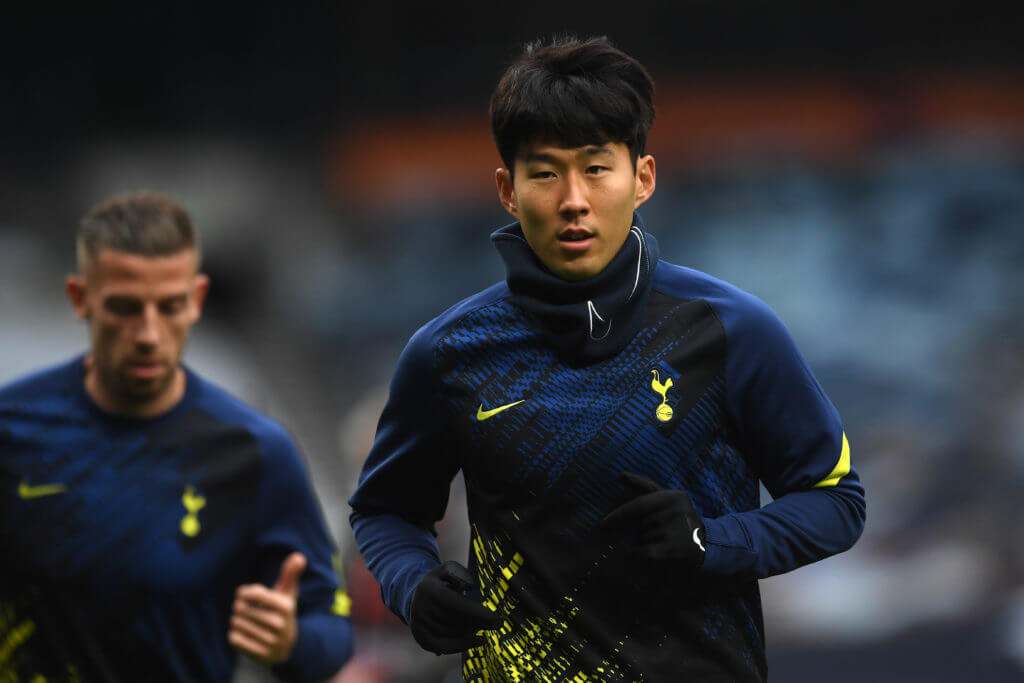 Tottenham Hotspur are looking to give Son Heung-min a new contract extension at the club, according to reports from the Daily Mail.

The report claims that Spurs are looking to renegotiate the contracts of some of the key players at the club, and tying up Son to a contract extension is a priority for the north London club.

Spurs enjoyed a successful summer transfer window where they signed as many as seven first-team players including the emotional return of Gareth Bale from Real Madrid.

The 28-year-old earns in the region of £150,000-per-week but the Korean can expect to earn more. And he deserves that.

Son joined Spurs in the summer of 2015 from German club Bayer Leverkusen for a reported fee of £22 million.

He took time to settle in at his new club and only managed four goals in the Premier League in his debut season.

But he gradually overtook Dele Alli as the club’s second most important player behind Harry Kane, with his contributions in goals and assists making him an asset for the club.

He has always scored 15 in all competitions since 2016-17, and the Korean has simply taken his game to the next level in the past two seasons.

Son scored 38 goals in all competitions in the last two seasons, and he has started the present campaign strongly, scoring eight goals already.

Son is a versatile attacking midfielder and he is central to Mourinho’s plans. He can play in all the three positions upfront and is equally effective everywhere.

He is skilful, pacey and at his best when he takes the ball and runs at the opposition defence from the middle.

Both Mauricio Pochettino and Mourinho have got the best out of him. In fact, in the last few seasons, Son played even better in the absence of Harry Kane.

This season, Mourinho has found a way to get the best out of both Kane and Son, where the England striker has often dropped deep and provided the killer pass for Son to score.

Son is in the prime of his career, and Spurs expect him to maintain the same standard for the next few seasons at least.

That is why they feel the need to tie him down with a new deal. Plus, he is of major significance within Tottenham’s lucrative commercial strategy as he is an iconic figure in South-east Asia.