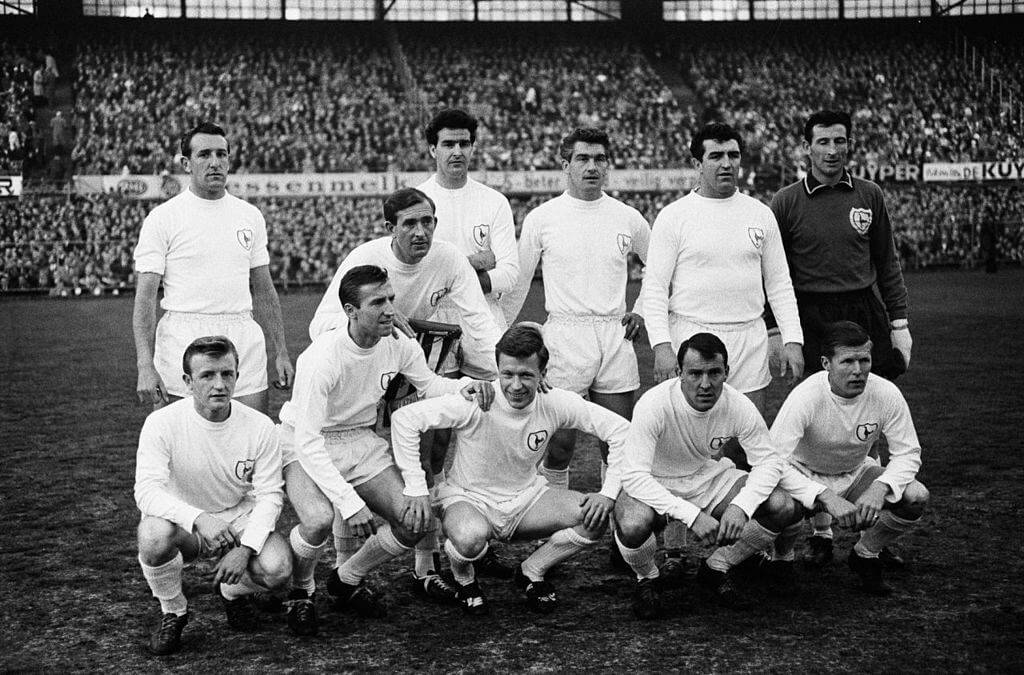 On this day in 1963, Tottenham Hotspur became the first English club to win a European competition by beating Atletico Madrid 5-1 in the final of the European Cup Winners’ Cup.

The Cup Winners’ Cup is contested among winners of Europe’s domestic cup tournaments. Spurs won the FA Cup in 1962 by beating Burnley 3-1 at Wembley and therefore had the chance to try their luck against some of Europe’s trickiest teams.

A first round victory against Scottish heavyweights Glasgow Rangers was followed by wins over Czech side Slovan Bratislava and Yugoslavian outfit OFK Beograd.

Played at Rotterdam’s Feyenoord Stadium, the game was watched by 49,000 fans. Jimmy Greaves opened the scoring in the 16th minute before Scotsman John White added another to establish a 2-0 lead at half-time.

Atletico responded immediately after the break through an Enrique Collar penalty in the 47th minute. Terry Dyson restored Spurs’ two goal advantage in the 67th minute before Greaves completed his brace in the 80th minute. Dyson added another towards the end to help his side register an emphatic 5-1 victory.