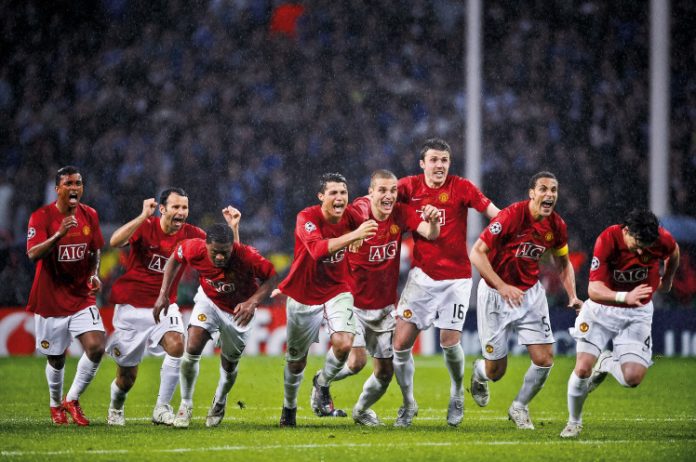 On this day in 2008, Manchester United beat Chelsea on penalties to win the UEFA Champions League.

Played at the Luzhniki Stadium in Moscow, this was the first all-English final in the competition’s history and the first one to be held in Russia.

United had beaten Chelsea to the Premier League title by just two points in an extremely closely contested league campaign. The two clubs were pitted against each other once again in Moscow to fight over club football’s most prestigious trophy.

United took the lead in the 26th minute courtesy of a Cristiano Ronaldo header off a Wes Brown cross. However, Chelsea equalised through Frank Lampard right before the half-time interval.

The scores remained 1-1 until the 90th minute prompting extra time. Didier Drogba was shown a red card for his involvement in an altercation with United defender Nemanja Vidic.  With neither team being able to produce a winner,  the end of extra time meant that the game would be decided via penalties.