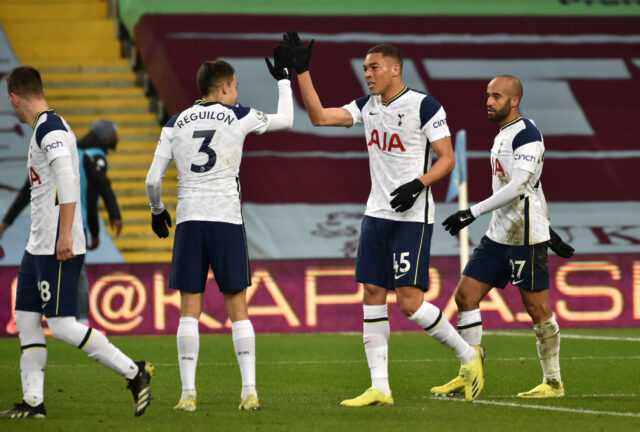 Wolves previously targeted Vinicius and had offered Benfica £53 million (€60m) for the striker.

According to Portuguese outlet TVI 24, they are looking to revive their interest, but this time can get him at almost half the price.

It has been a tough season for Vinicius, who joined Spurs in the summer on loan from Benfica.

He has struggled for opportunities, securing just three starts in the Premier League and scoring one goal.

He has featured prominently in the Europa League, scoring six goals and providing three assists in nine outings for Spurs.

The north London club can sign him permanently at the end of the season for a fee of £36m, but Spurs are unwilling to meet the amount.

According to the Daily Mail, Spurs are already looking for other alternatives, and Wolves may step in.

They hope to sign a new striker this summer, with Raul Jimenez likely to need more time to rediscover his best form after his injury.

The 26-year-old could provide strong competition for Jimenez, and his addition would undoubtedly strengthen their forward options.

In other news, Spurs are willing to discuss a new deal with Harry Kane.