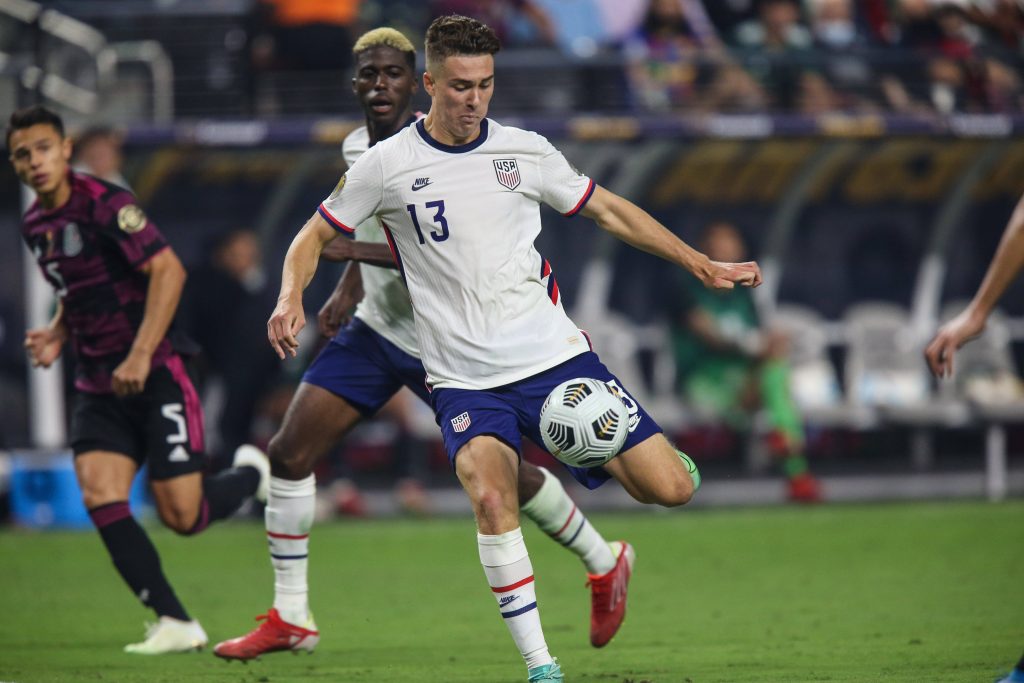 The United States international is likely to leave the German outfit this summer after they were relegated to the second tier after three decades.

His agents are reportedly travelling to the UK. Wolves, Newcastle and Brentford are among the clubs vying to land his signature before the deadline.

The trio are keen on pursuing a new centre-forward this month. Hoppe could be available on a cut-price deal with Schalke’s financial concerns.

Hoppe only made his first-team debut for Schalke in November 2020. He showed plenty of promise with six goals from 22 Bundesliga games last term.

He has since become an international with United States. He bagged one goal from five caps en route to their Gold Cup triumph this summer.

It is unclear what Schalke are looking for the promising forward, but it was recently claimed that Everton are planning a €2 million bid.

The 20-year-old appears no short of offers in the transfer window, and he may choose a club that can guarantee him regular game time.

All the aforementioned clubs have an undisputed striker leading the line, and Hoppe may wait for more offers on the table before making a decision.