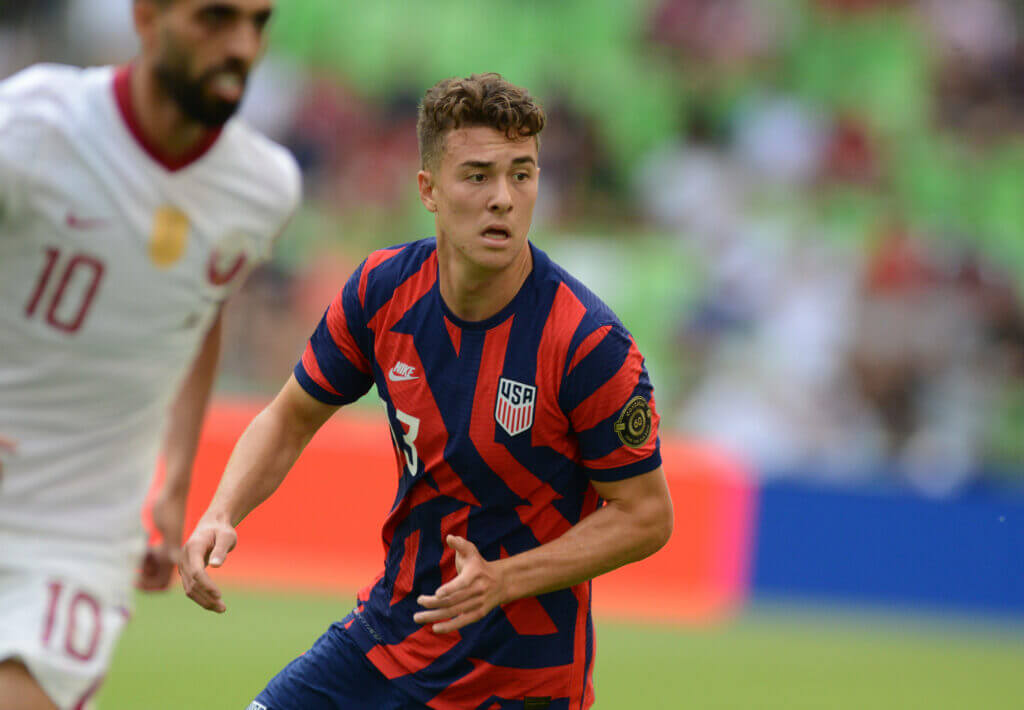 Everton are planning to make a move for Schalke’s rising talent Matthew Hoppe this summer.

According to journalist Ekrem Konur, the Toffee will bid for the ‘striking sensation’ in the next few days.

Everton have already collected necessary information for Hoppe, and they have been in contact to sign him.

Schalke, who were relegated from the Bundesliga last season, would be powerless to prevent Hoppe from leaving the club if Everton come calling.

It has been claimed that the Toffees are planning to offer a paltry £2 million bid for the five-times capped US international.

👥📞#Everton met with the #Schalke04 team and got information about Matthew #Hoppe.

Hoppe joined Schalke in 2019 after spending two prolific years with the Arizona-based US Barcelona Residency Academy in the (now defunct) US Soccer Development Academy league.

He is a powerful and athletic forward – a conventional striker whose enthusiasm is contagious.

Hoppe is very good at holding the ball and has got good positional sense.

The 20-year-old scored an incredible hat-trick against Hoffenheim, where his off the ball movements were highly praised.

He is happy to tackle, close down opponents and do necessary pressing duties – something that should attract the Spanish boss.

He has got a strong physique and has got a fantastic heading technique. He is ideally suited for the Premier League and has given the impression that he can be a quality player with further coaching.

Under a world-class manager like Rafael Benitez, he will learn a lot and improve on various aspects of his game. He could be an ideal signing for the Toffees.

Dominic Calvert-Lewin and Richarlison are likely to play up front most of the time, but Everton need a back-up option. Hoppe could seamlessly fit in whenever required.

He would get the required minutes he needs to settle down in a new league and would be able to lead the line in the absence of Calvert-Lewin.

If Everton can get him for less than £5m, it will be a masterstroke signing from Benitez.