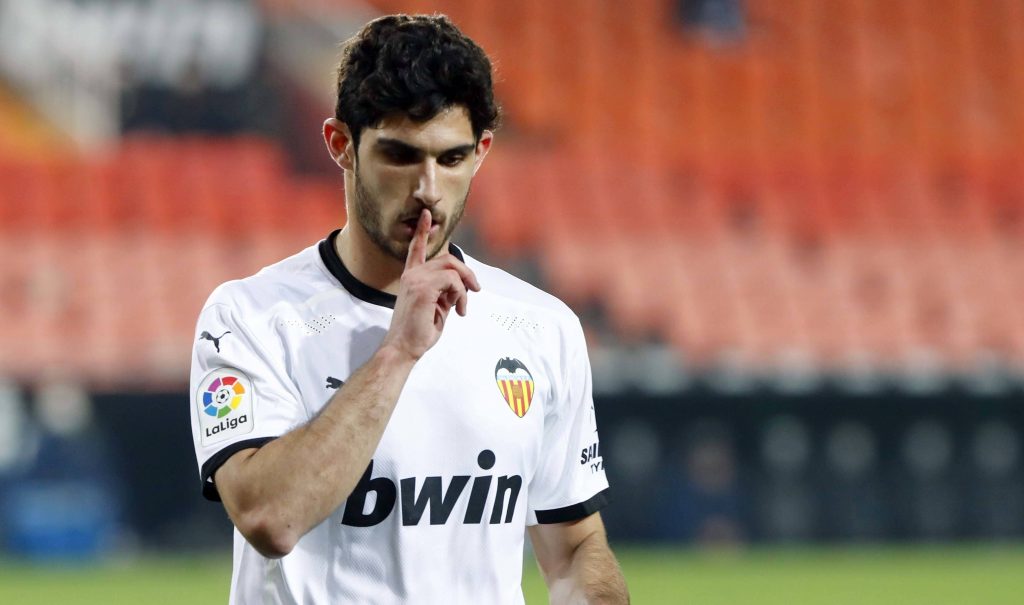 Guedes initially joined the Spanish outfit on loan from Paris Saint-Germain in 2017 before his move was made permanent 12 months later.

In his three-and-a-half seasons with the club, he has fared impressively with 20 goals and 19 assists from 124 appearances while predominantly playing on the left wing.

It is now claimed that the Portuguese could be sold during the next transfer window, with owner Peter Lim having withdrawn his funding for the cash-strapped club.

West Ham have been credited with an interest in Guedes, but Wolves are looking to beat them to the player’s services with their close links with Jorge Mendes.

The super-agent has brought several high-profile Portuguese players to the west Midlands outfit over the past few seasons.

Both Guedes and Wolves manager Nuno Espirito Santo are represented by the Gestifute agency, which is owned by the 55-year-old.

Los Che were forced to part ways with key players such as Rodrigo, Ferran Torres and Dani Parejo last summer partly due to the financial impact of the COVID-19 pandemic.

They have since promoted several young players from their academy, but it has not worked out as planned, and they are lying 11th in La Liga with only 30 points on the board.

The focus ahead of next season appears on promoting more players from the youth system again rather than spending funds on high-profile signings.

Guedes will have just two years remaining on his contract this summer and Los Che may ideally want to sanction his sale to balance their books.

West Ham, Napoli and AS Monaco are all keeping tabs on the forward, who can play anywhere in the attack, but Wolves may have a distinct advantage.

Since their promotion season from the Championship, Mendes has been involved in securing several big-name signings for them starting from Ruben Neves.

Given Los Che’s tight financial situation, it has been previously claimed that Guedes could be sold for around €15 million when the transfer window reopens.

In other news, West Ham are interested in signing this Leeds United player.