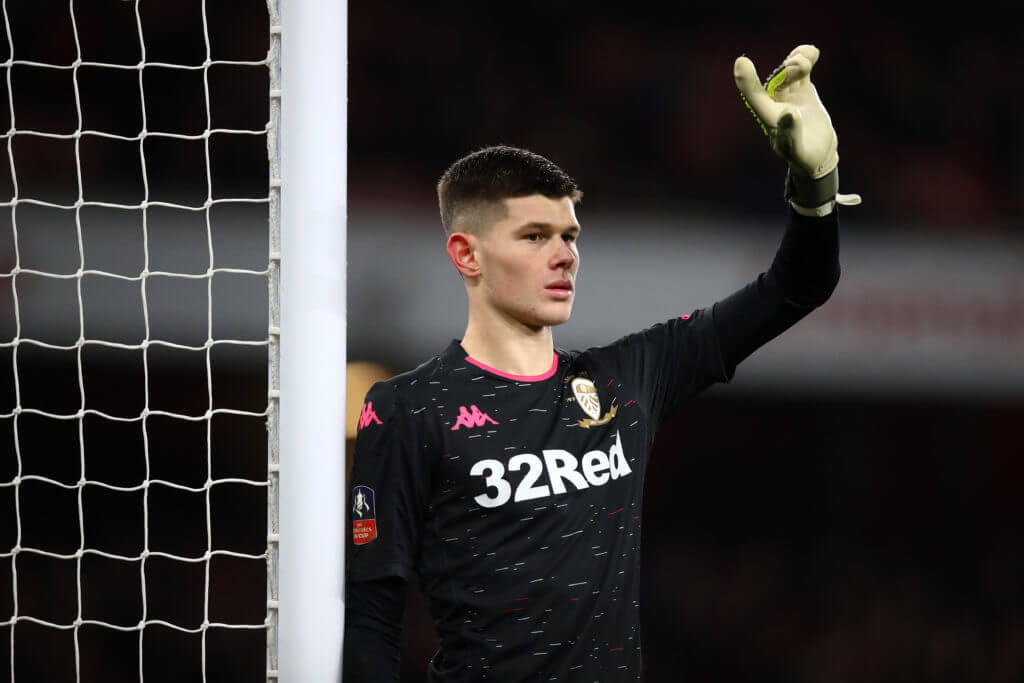 Meslier joined Leeds on an initial loan deal from Ligue 1 club Lorient in August 2019. Following the Yorkshire side’s promotion to the Premier League, he signed a permanent three-year contract.

He has established himself as one of the league’s most promising young goalkeepers this season, keeping eight clean sheets despite Leeds’ questionable backline.

This form has attracted the attention of fellow top-flight side West Ham United, according to a report by Football Insider.

The Hammers have had a marvellous season to date. They currently sit in sixth place, two points off a Champions League spot with a game in hand.

However, they are in the hunt for a new goalkeeper following speculation about the future of Poland international Lukasz Fabianski.

Fabianski, who turns 36 next month, is approaching the end of his contract at the London Stadium. Football Insider claims that he has held talks with the club about an extension, but no agreement has been reached.

The East Londoners have no ready-made replacement for the veteran. Back up goalkeeper Darren Randolph is 33, while third-choice David Martin turned 35 in January.

Just 21 years of age, Meslier seems like he could be the perfect long-term replacement for Fabianski should he move on. However, comments by the Frenchman’s agent suggest that the player will stay at Elland Road this summer.

Speaking to the LUFC Fanzone Podcast, agent Xavier Fleury said (as quoted by Goal): “When you are so young, the youngest starting goalkeeper in Europe, for sure big clubs could be interested, following him.

“Illan is starting at Leeds. He loves the club. Perhaps in one, two seasons, if you have a club like Real Madrid that knock on the door – who knows?”

Elsewhere at the London Stadium, Bologna stopper Lukasz Skorupski has also been named as a possible replacement for Fabianski.