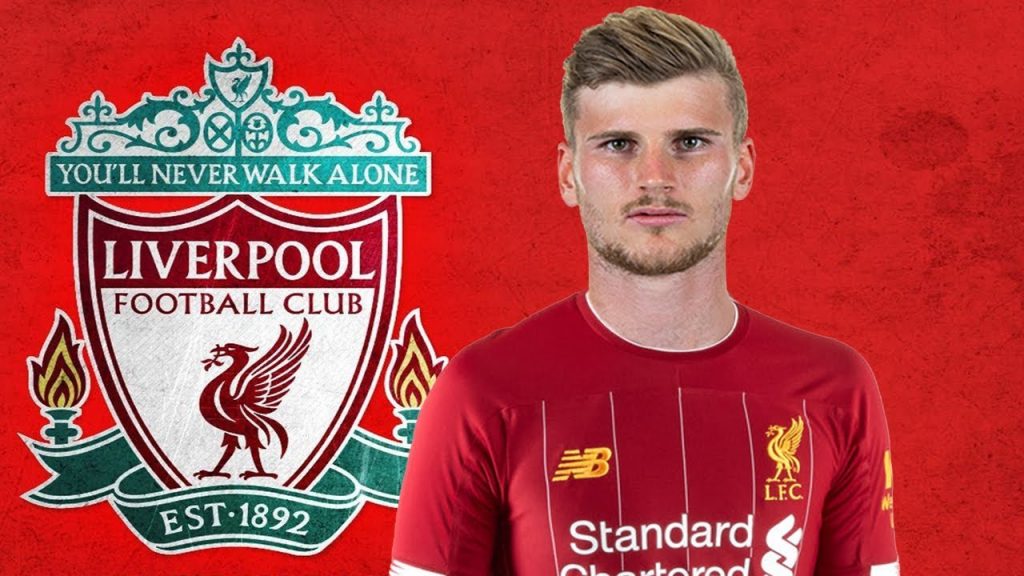 RB Leipzig’s star forward, Timo Werner has caught the eye of pretty much every football fan in this world. With his lightning pace and clinical finishing, the 24 year-old German international has been scoring for fun, with 30 goals to his name this season in all competitions for Leipzig. His passing and hold up play is strong as well – he has maintained an average of 1.5 key passes per game, and 77% of his attempted passes have been successful this season. All of these characteristics have made him hot property in the transfer window, as he has drawn interest from the likes of Liverpool, Manchester United, and even Barcelona.

But of these sides, Liverpool have always seemed to be most likely to sign him. That is, until fresh reports have suggested that the club’s hierarchy are not too keen on splashing on the €60m required to activate his release clause, as their finances have been hit by the ongoing COVID-19 Pandemic. RB Leipzig CEO Oliver Mintzlaff was quoted saying, “It won’t get any cheaper. We will not sell any player for less than the set fee if he’s still under contract for longer than 12 months.” With Werner under contract till 2023, this statement seems applicable to him as well. With both clubs in a standoff, the transfer has seemed to have broken down. But here, let’s take a look at why Werner to Liverpool did not make too much sense in the first place.

In my view, Timo Werner would not fit the bill for Liverpool FC. Under the current system which Liverpool are playing (which has been working an absolute treat), there would be no place for Werner.

Timo Werner’s success depends on two factors: His pace and finishing, and a quality second striker. The second factor can be underlined by the statistic that Werner managed to score only 1 goal in the 333 minutes he played for Germany in the Nations League. On the contrary, he’s averaged a goal in every 93 minutes for Leipzig this season. What’s the difference between Germany and Leipzig? Well, apart from the fact that Leipzig haven’t been eliminated by an Asian team in a major competition, the difference is that Leipzig generally tend to play with two strikers – usually Werner and Yussuf Poulsen.

Poulsen is the type of forward who scores fewer goals, but is crucial to his side’s attacks, as he drags defenders away from goal, leaving space for the likes of Werner to score. In fact, he has more assists than goals this season.

His importance to his side and Timo Werner was on full display in the last 4 days. On Sunday, Leipzig battered Mainz 5-0, with Werner getting a hat-trick, and Poulsen getting a couple of assists. But yesterday, he was not involved in the clash against Hertha due to injury, where Leipzig struggled to get forward, and Werner in particular was kept very quiet. Another proof that Poulsen is crucial to Werner’s success is the fact that Poulsen wins 9 times as many aerial duels per game as Werner. Werner is not the tallest at 5’11”, and aerial duels are certainly not his strength.

Both of these factors do not suit Liverpool.

Firstly, Liverpool tend to play a 4-3-3, which really does not accommodate two strikers. Further, Liverpool’s wingers – Sadio Mané and Mo Salah, are prolific goal-getters themselves, and it’s their main striker – Roberto Firmino, who does all the hard work in attack. Werner has not proven himself to be capable of that, and with no one to do Firmino’s job, the supply for their forwards will be drastically reduced. I’m not considering dropping either of the wingers, because they have been simply sensational.

So, the only possible workaround (keeping in mind that Liverpool have full-backs who like to get forward, and only 2 world-class centre-backs) is to play a 4-2-4. But this is not too smart either, because one, absolutely nobody plays in this formation, and two, if there ever was a weakness in this Liverpool side, it would be their midfield, so reducing a man there would certainly inflate the issue. So really, there is no space for him in this side.

Another problem is that Liverpool love to play long balls. We’ve already learnt that Werner is not good in the air, and secondly, the long balls are generally meant for the wingers to chase. Their success relies on Firmino dropping deep to stretch the opposition defence. If Werner is employed in this role, it would be a waste of his pace and finishing, and also unfair on Firmino, who really is the heartbeat of Liverpool’s attacks.

Realistically, Werner’s only place would be the left wing, but that is not his preferred position, and Mané would be left out of the team, which is certainly not good for a man who arguably has been Liverpool’s best player this season.

Abundance of Attacking Options for Liverpool

Liverpool have established Firmino as their main striker, and his continuous fitness has been a boon to them. Even if we assume that Werner would be bought as a super-sub for when Firmino fails (which would be a complete waste of his talent), it would be very unjust on Divock Origi. The Belgian has proven to be the man Liverpool turn to in the most dire circumstances. Whether it is a potentially title-deciding Merseyside Derby at Goodison Park, or the greatest comeback in Champions League history against Barcelona of all teams, Origi has always managed to rise to the occasion and save his side.

On top of that, Liverpool have two more strikers in their ranks – Takumi Minamino and Rhian Brewster. They bought Minamino for an absolute steal at £7.25 million from RB Salzburg in the winter, and haven’t really utilised him fully. Further, they have loaned out academy graduate Rhian Brewster to Swansea, who will be keen to break into the Reds’ side in the near future. The signing of Werner would be a major dent to both of them, which is something Liverpool don’t want.

Whether the transfer takes place or not, there  is no denying that Timo Werner is absolutely brilliant, and no matter where he goes, he has a wonderful career ahead of him.