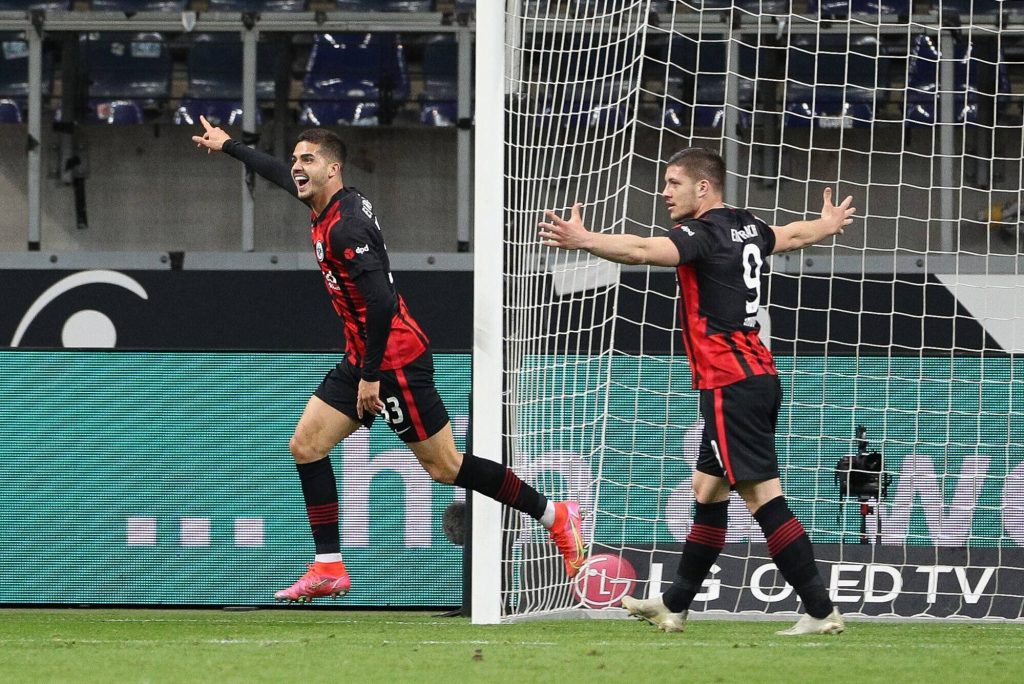 The sprint to the end of the 2020/21 Bundesliga season continues with a penultimate matchday as fixtures come fast and furious.

It is now up to Wolfsburg, Borussia Dortmund and Eintracht Frankfurt to decide which side will have to settle for playing in the Europa League next term.

Coming into the penultimate round of fixtures, Wolfsburg hold a three-point lead on fifth-placed Frankfurt in the Bundesliga table but have a tricky affair ahead of them as they meet Leipzig at the Red Bull Arena on Sunday.

Fresh from lifting the DFP-Pokal crown, Dortmund head to the Opel Arena to meet mid-table Mainz frantically looking over their shoulders as they hold just a single-point lead on Eintracht.

Following a turbulent start to the 2020/21 campaign, Frankfurt hit the ground running in the Bundesliga back in mid-December.

Die Adler went 11 matches unbeaten in Germany’s top-flight, spanning between December 15 and mid-February to roar back into contention for a top-four finish.

However, a return of one win from their last four Bundesliga outings has compromised Frankfurt’s hopes of making a historic achievement, though they still have legitimate chances of finishing inside the Champions League qualifying zone.

Standing in Frankfurt’s way will be Schalke, who have suffered relegation from the Bundesliga for the first time in 30 years.

Hutter’s players have no margins for error if they are to leapfrog Dortmund in the standings and can draw confidence from a 3-1 thumping of the Miners in the reverse fixture earlier this season.

Dortmund came out victorious in an intriguing doubleheader versus Leipzig in the past seven days.

Terzic’s side first claimed a tense 3-2 win at the Signal Iduna Park last weekend before running riot at the Olympiastadion to beat Julian Nagelsmann’s team 4-1 in the DFB-Pokal decider.

With Marco Rose soon to replace the interim boss, the 38-year-old is aiming to wave goodbye to the ‘Yellow Wall’ with pride and dignity as he looks to navigate Die Schwarzgelben to a coveted top-four finish before leaving the club in the summer.

Mainz should be a stumbling block easy to overcome, given that Dortmund have won their last three Bundesliga away games to Die Nullfunfer by an aggregate score of 8-1.

Despite news of an injury earlier this week, the Pole is expected to line up for Bayern this weekend, with two goals to get in two games.