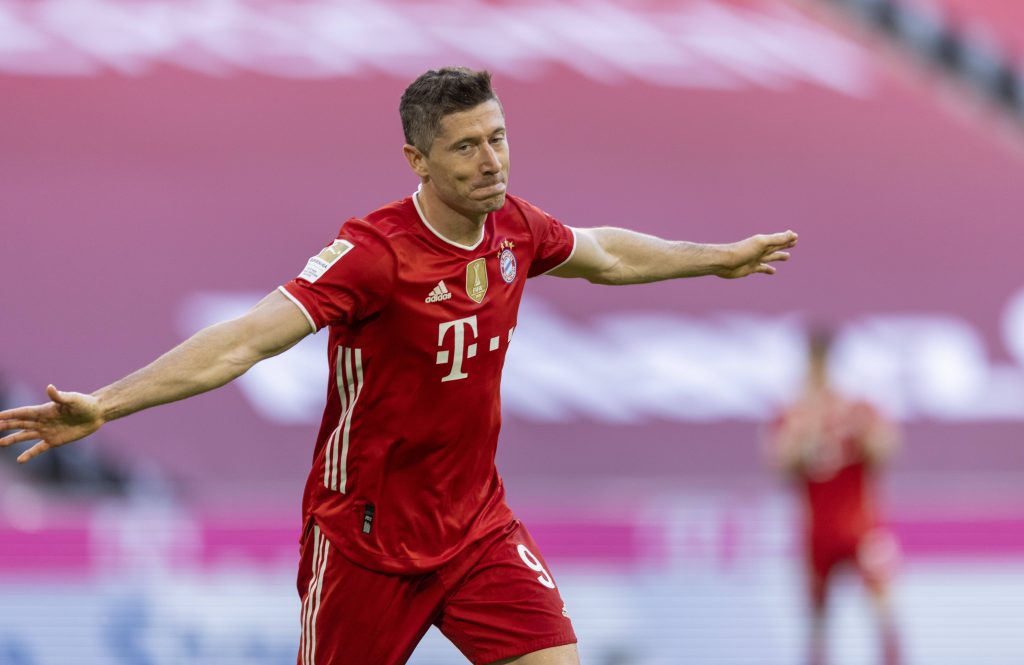 Robert Lewandowski has had another superb campaign with Bayern Munich, who recently won their ninth straight Bundesliga title as per the pre-season Bundesliga odds.

The Poland international has shown no signs of slowing down despite turning 32 and has his sights on creating league history this season.

Muller’s 40-goal tally from the 1971/72 season is the highest for a single Bundesliga campaign, and Lewandowski appears on course to break the feat.

He has missed five league games this season due to injuries but has still been in stupendous form with 39 goals from just 27 appearances.

There were doubts whether he could catch up to Muller after missing six matches in all competitions last month with a stretched knee ligament.

However, he has returned in fine shape with four goals in the last two outings, including a stunning hat-trick in the 6-0 thumping of Borussia Monchengladbach last weekend.

Bayern have two games left against Freiburg and Augsburg, and Lewandowski will fancy his prospects of scoring twice to break Muller’s long-standing feat.

It remains to be seen whether Lewandowski continues to ply his trade with Bayern next term, with reports suggesting that he may be up for a new challenge.

Manchester City and Chelsea have been linked with claims that the experienced striker could be open to testing himself in the Premier League.

The Premier League duo are eyeing a world-class striker to lead the line, and Lewandowski has emerged as a potential €60 million target ahead of the summer.

As always, Bayern will be aiming to keep hold of their prized asset, who could go on to become the league’s highest scorer in the long run.

Lewandowski currently has 275 Bundesliga goals, 90 shy of Muller’s record tally. One would back him to eclipse the feat with the way he has been scoring.

He has two years remaining on his contract, and Bayern will hope to convince him to put pen-to-paper on a fresh deal to see out his career with the club.

It’s highly unlikely that Bayern would accept any offers for Lewandowski given that he guarantees 50 goals a season. In addition, Lewandowski has previously talked about the need for guaranteed first team football and the desire to play as many games as possible – something that may not be available at any of the other top clubs he may sign for.

In addition, any club looking to spend the sort of money in wages and transfer fees for Lewandowski would also need to ensure that the player is available for as many games as possible – something that might not be available in a tougher league.

And if a club has that money to spend, it’s better spent long-term over a younger striker that will stay at the club for a very long time.