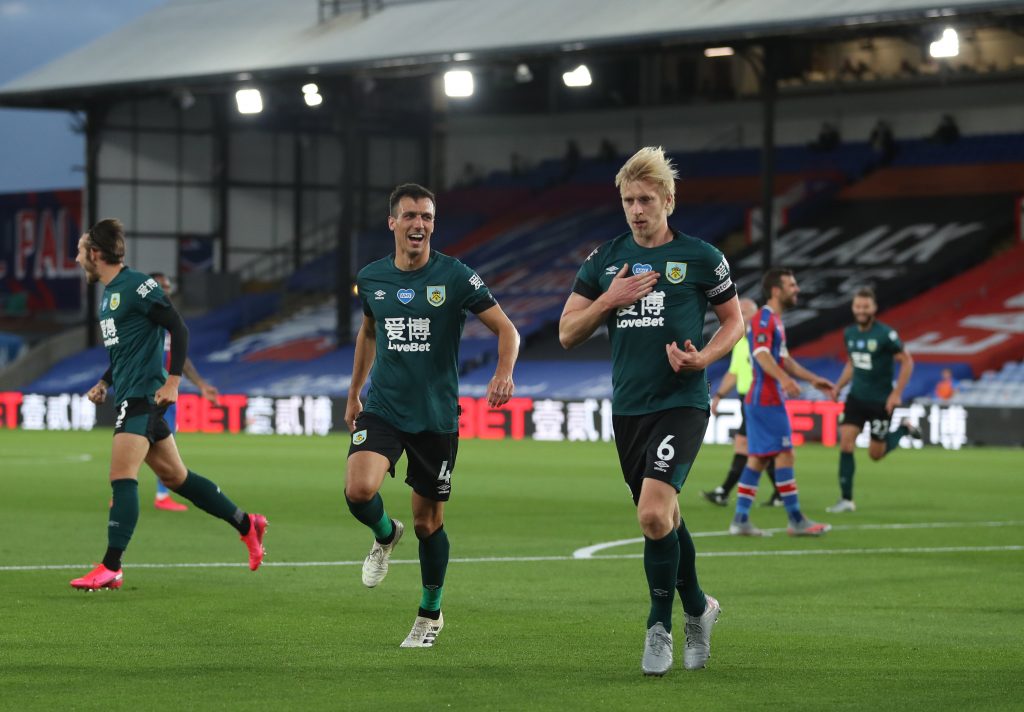 West Ham United host Burnley at the London Stadium tomorrow and will hope to secure all three points in order to further boost their survival chances.

The Hammers were held to a 2-2 draw by Newcastle United at St. James’ Park on Sunday following their 3-2 victory over Chelsea on Wednesday, and they will fancy their chances against Sean Dyche’s side.

West Ham have also been handed a huge boost after the Burnley boss confirmed that he will be without centre-back Ben Mee and defensive midfielder Jack Cork for tomorrow’s game.

Sean Dyche confirms that Ben Mee and Jack Cork are likely to miss the remaining games of the season.

Hammers fans reckon the absence of the duo increases their chances of getting something out of the game, and here is how some of them reacted to the news on Twitter:

Good news that Ben Mee is out https://t.co/E4tkaLiInB

Shame for Burnley but could be handy timing for us hammers. https://t.co/EMgEOF6ZfT

I’ll be happy with a point

Winnable game, especially as they're squad is now to the bare bones after losing a number of players through contracts expiring.

Haven't seen much of Barnes & Wood though.

Mee being out is a bonus, but then Chris Wood is back so cancels that out!

Ben Mee and Jack Cork are out. I fancy us.

Mee has missed just a league game for Burnley this term, while Cork has missed only three, and they have played a huge role in the 13 clean sheets the side have kept thus far.

The Clarets have conceded 46 goals so far, and the duo have been key to their defensive solidity at the back.

West Ham are expected to exploit the absence of both players, and it will be interesting to see if they can grab their ninth win of the campaign.