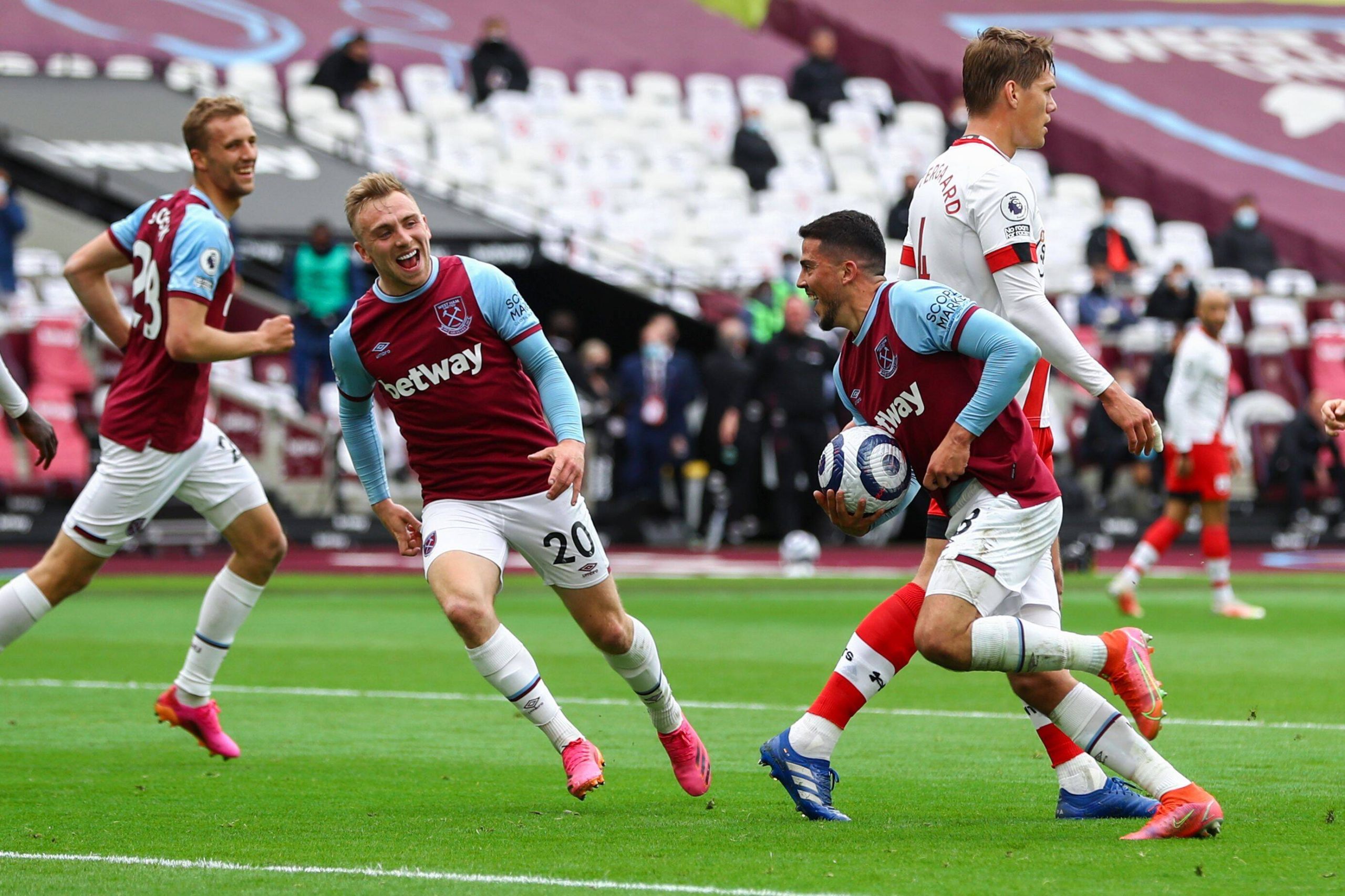 West Ham United picked up a 3-0 win over Southampton in the Premier League yesterday to secure qualification for the Europa League next season.

First-half goals from Pablo Fornals and a late strike from Declan Rice sealed a hugely impressive season for the London club.

The Hammers will be slightly disappointed to have missed out on Champions League qualification after the position they were in a few weeks ago.

However, it has been a successful season for them, and they will be eager to build on the foundations they have laid.

The Londoners need a couple of intelligent signings to improve their attack and add some depth to their squad next year.

The home team were impressive against a mediocre Southampton side, and midfielder Fornals stood out with his spectacular display.

The midfielder not only scored a brace in the first half but his passing and creativity were also integral to the London side’s dominant performance.

The 25-year-old playmaker had a mixed start to the campaign but he has managed to win the fans over by the end of the season.

Pablo Fornals in that first half 🔥🔥🔥 pic.twitter.com/u0v18I86hw

Pulled out a MOTM performance right when we needed him too! 🙌⚒ #COYI pic.twitter.com/CWFA7E5oXr