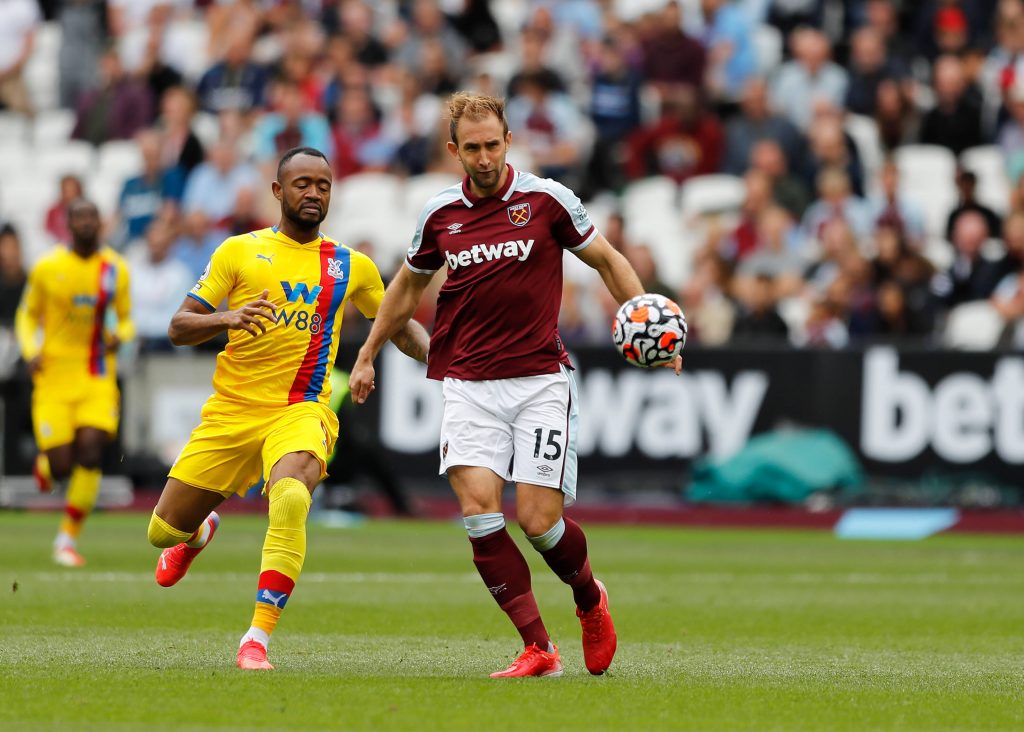 West Ham United were held to a 2-2 draw against Crystal Palace in the Premier League yesterday.

The Hammers took the lead through Pablo Fornals in the 39th minute, but the Eagles got back into the game in the second half through Conor Gallagher.

The on-loan Chelsea midfielder scored on the 58th minute to bring his side on level terms.

In-form West Ham striker Michail Antonio put his side ahead in the 68th minute, but Gallagher responded with his second of the game just two minutes later.

The West Ham fans were disappointed to drop two points, especially after their performances in their first two matches.

The Hammers have made an impressive start to the season could have easily won the game with better defensive organisation.

The signing of Kurt Zouma should help them tighten up at the back but the performance of Craig Dawson last night was quite disappointing.

Dawson could have done much better for both goals scored by Palace and he will have to improve immensely if he wants to hold on to his starting berth in the coming weeks.

I have seen milk turn quicker then Craig Dawson

Only Palace deserved the 3 points today.

No disrespect to Craig Dawson, but his form so far this season has been that of what we signed him for – 4th choice CB.

Zouma walks in alongside Ogbonna.

Today showed who will be dropped for Zouma if he joins, Craig Dawson. Shocking today very bad game for him. Thought Rice was off boil today as well. Palace wanted it more than us 2nd half simple as, we didn’t win hardly any 2nd / 3rd balls. Lucky for the point tbh. Irons ⚒⚒⚒