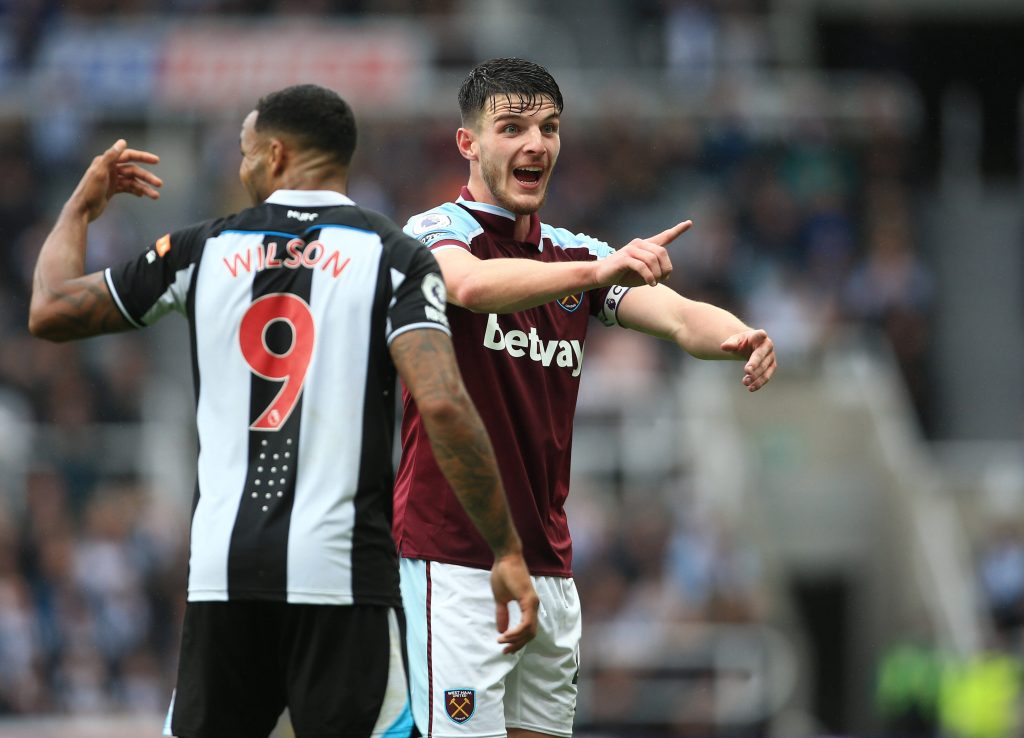 The Hammers trailed twice in the game but bounced back to secure the three points – Aaron Cresswell, Said Benrahma, Tomas Soucek and Michail Antonio got the goals.

David Moyes was delighted with the performance of his players, especially in the second half. His side showed character and the will to fight back and grind out a result.

Declan Rice in particular was outstanding in the second half. The 22-year-old had a rocky start and was put under immense pressure by Newcastle.

However, he was a different player after the break, helping his side regain control of the match.

Rice was exceptional at breaking up the opposition play and setting up counter-attacking opportunities for the Hammers.

Some West Ham fans took to Twitter to share their thoughts on his excellent performance – here is what they had to say.

Absolutely bossed that second half 👌🏻

Absolutely amazing today. What a player 👏 ⚒❤

The Hammers have an excellent opportunity to build on their victory over the next couple of weeks.

They face home games against Leicester City and Crystal Palace and will fancy their chances of ending the month with a perfect record.