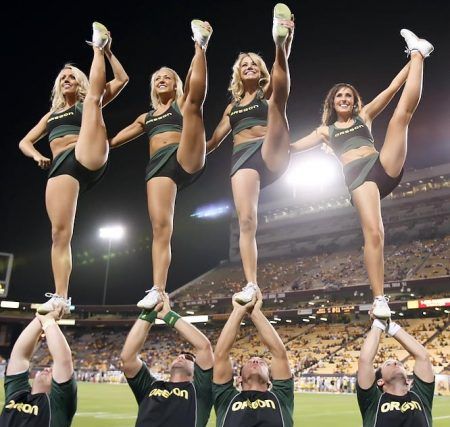 In what is a massive night for the Pac-12, the nightcap sees Oregon host Utah in a ranked matchup with championship consequences. The loser of this huge college football game can almost kiss any chance at a championship game berth goodbye, while the winner would be in control of their own destiny heading into the final week of the regular season. Here, we take a look at the odds including the lines and spread while offering our best bets and picks for this week 12 NCAAF encounter.

Pac-12 Championship Game or Pack up and go home

Oregon will be keen to bounce back from their upset loss to Washington last week with a win over Utah on Saturday. The Ducks face a stiff task to get in the College Football Playoff from here, but there is still a Pac-12 Championship Game berth on the line. Whichever of the teams wins this game will be just one win away from that game. However, the Pac-12 is probably the most difficult to figure out with all the possible permutations at the moment.

The sportsbooks believe that Oregon is the most likely of the two to do so. They are the odds on favorites with a moneyline price of -150 with Bovada. Meanwhile, they are 3-point favorites on the spread and the total points line for the game is set at 63.

Utah has done well to reach the top 10 in the CFP rankings after a rocky start to the year. They won’t want to throw it all away now.

This Oregon defense was tested through the air by Michael Penix and Washington last week. It failed that test and that might set the blueprint for Utah this week.

The Oregon pass defense is among the worst in the country. It allows 290 yards per game, ranking it 127th out of 131 teams in college football.

Utah doesn’t have a Michael Penix at quarterback, but it does have a capable passer in Cameron Rising. The issue for the Utes is that their wide receivers are not quite at the level of the Washington wideouts. But they do have a very capable tight end in Dalton Kincaid that will likely give Oregon fits on Saturday.

Kincaid has seven touchdowns on the season plus 27 receptions and 325 yards in just his last three games. The Ducks could struggle to keep him in check.

Utah generally likes to attack through the ground game but that is strength on strength. Oregon have only given up 3.7 yards per carry over their last three games and the Utes should likely look more towards the air in this one.

Ground game the answer for the Ducks?

The Ducks offense is a strong unit, but so is the Utes D. Passing game matchups are pretty neutral, but it is in the run game where Oregon could look at attacking the Utah defense.

Oregon quarterback Bo Nix likes to take off and with this Utah defense giving up 4.4 yards per carry on the season and looking outclassed on the line, it could be a day for him to get his legs pumping.

Between Nix and running back Bucky Irving, who is being fed more recently and going at seven yards per carry, this running game could punish Utah all day.

We much prefer the matchup for the Ducks over the Utes in this one. Dalton Kincaid could have a big day, but it should be Oregon who emerge with the victory.