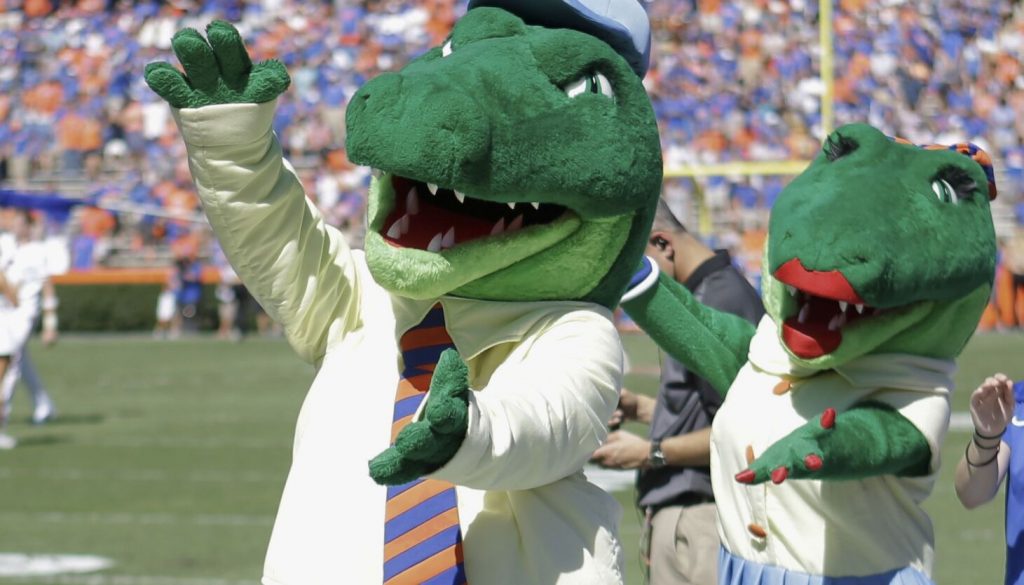 Upsets are a fact of life in college football. Picking the right underdog to upset a big favorite though is a highly satisfying feeling. This week, we will take a look at who we at Sports Lens believe are the most likely underdogs to beat the odds on favorites. By our own, admittedly arbitrary rules, a favorite can only be on Upset Alert if they are a 3-point or bigger favorite on the spread. For week ten, we will be using the odds set by BetOnline.

Texas A&M are simply straight up hot garbage this year. You could not pay us to back them as favorites against SEC team with the possible exception of Vanderbilt.

The Aggies of A&M were meant to have the number one recruiting class coming into the season, but they have been highly disappointing. They are coming in at 3-5 on the back of four straight defeats.

Head coach Jimbo Fisher has got it all to do to lift the morale of his players before this game.

Florida has shown glimpses of being a capable team this season. They beat a good Utah team at the beginning of the season and came up trumps against Missouri a few weeks back on their way to 4-4.

There was talk of Florida QB Anthony Richardson as a first round talent early in the season, so if he wants to live up to the hype, he should be putting this terrible Aggies team to the sword.

Lock it in. A&M is on Upset Alert.

JMU were flying high to start the season and were ranked for a brief period of time. However, they are coming off the back of two straight losses to Georgia Southern and Marshall.

They might have lost a bit of steam coming into this game, but head coach Curt Cignetti (pictured above) will have his boys ready for the challenge after their bye week.

Louisville is coming in off a big win over Wake where they caused six turnovers in the third quarter to completely change the course of the game. However, this is a bit of a letdown spot.

JMU stops the run well and that’s Louisville’s preferred method of attack. If James Madison stops the run like they have done all season on Saturday, Louisville QB Malik Cunningham is going to have win through the air. That is not ideal for the Cardinals.

We are putting Cunningham and his Cardinals on Upset Alert in week ten.

Bryan Harsin is out as Auburn head coach and who knows what to expect from this Auburn team now.

Cadillac Williams has been installed as the interim head coach and we could see the new coach bump for this Tigers team. He knows how to beat Mississippi State, just check the footage below.

In honor of @CoachCaddy24’s first game as HC, here’s him scoring an Auburn record SIX touchdowns against Mississippi St in ‘03 pic.twitter.com/5Wt3Q4VLu6

Players will be playing for places they thought were locked up, everybody will have more energy and belief.

Not only that, most of Auburn’s losses this year have come against very good teams. Ole Miss, Georgia, LSU and Penn State is a murderer’s row of highly ranked teams. Even their loss to Arkansas is not too bad.

If Cadillac can get this team firing just a little bit, Mississippi State might be in a bit of bother. They are coming off the back of two defeats themselves and might have one eye on Georgia next week.

The Bulldogs run the Air Raid offense, but Auburn are no mugs against the pass. They are 24th in the country in passing yards allowed per game. If the Tigers can take away the passing game, anything could happen here.

This game is going to be far trickier than the odds suggest. Get the Bulldogs on Upset Alert.

Back our parlay with BetOnline now