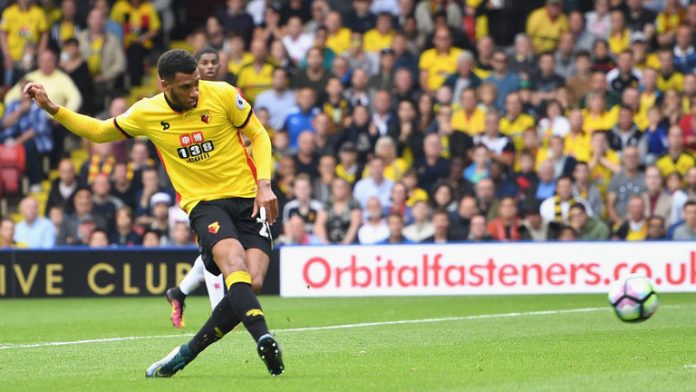 Newcastle United boss Rafael Benitez has been voicing his concern about the lack of transfer activity at Tyneside in recent weeks.

The Spaniard has added as many as six new players, but he feels he needs to bring in more bodies before the transfer window ends.

Central midfield is one area where Benitez would love to add a quality player. With Jack Colback likely to leave the club, and the likes of Mikel Merino and Isaac Hayden still finding feet in the Premier League, Benitez needs an experienced player to marshal the midfield alongside Jonjo Shelvey.

With this in mind, the Magpies should make a move for Watford’s Etienne Capoue, who is facing an uncertain future at the club.

The 29-year-old midfielder was reportedly involved in a bust-up with new manager Marco Silva during the pre-season, and he could be allowed to be leave the club.

According to reports from the Express (printed edition; August 18 – page 60), Watford are set for a massive clear out, and it could spell the end of Capoue at the club.

The French midfielder scored seven times in the top flight last season, and he would add the much needed quality and depth to Benitez’s side.

Capoue would be an excellent signing for Newcastle, and Benitez should at least try to lure him away from the Vicarage Road before other potential suitors move in.