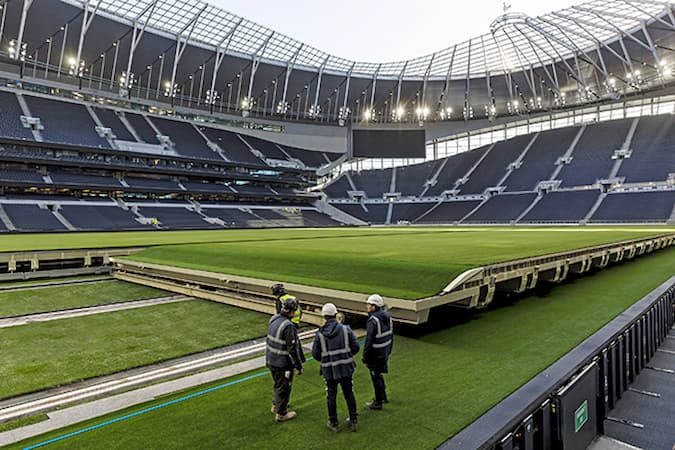 As the NFL returns to London this weekend, Tottenham Hotspur have been transforming their £1 billion stadium into an NFL arena.

The Minnesota Vikings take on the New Orleans Saints this Sunday in the first of three scheduled NFL games in the UK in October.

Footage has been released showing the transformation of Spurs’ stadium for the change this weekend, and it’s special.

The Premier League club boast the only purpose-built NFL venue outside America with its state-of-the-art retractable pitch one of the key features. It was built ready for huge occasions such as this.

Tottenham’s stadium opened in 2019, but it was always meant to host events such as this, as the versatile ground is prepared for a lot more than just Premier League and Champions League football. The Chicago Bears and the formerly-known Oakland Raiders played the first ever match at the stadium. Spurs have also played host to concerts and even boxing events.