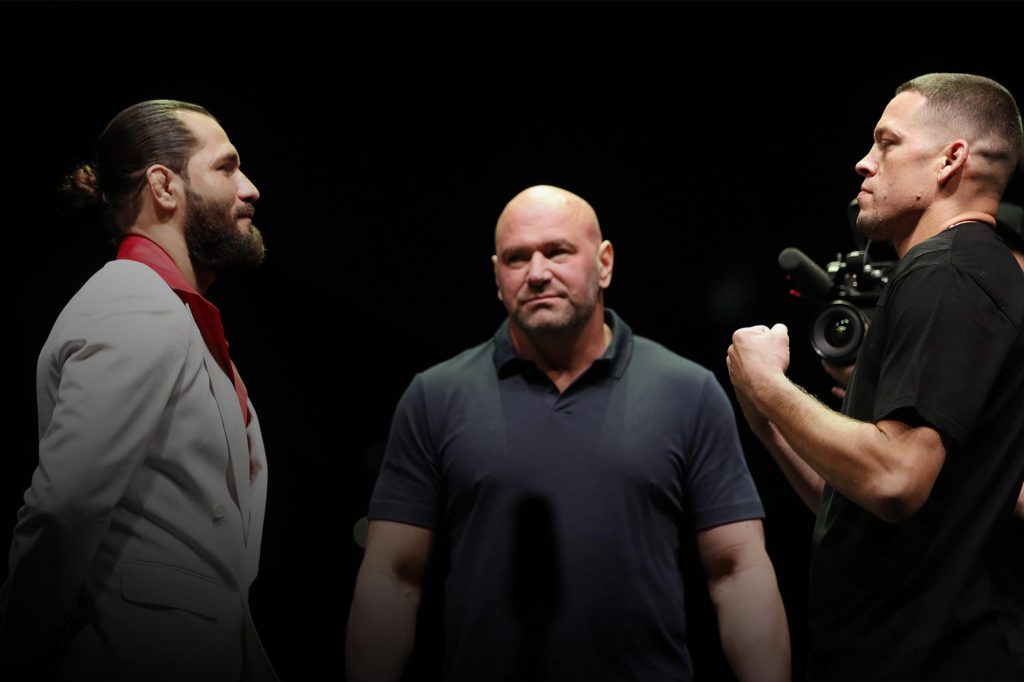 The UFC returns to Madison Square Garden in early November with a card packed with potentially blockbusting match-ups.

The co-main event between Nate Diaz and Jorge Masvidal is expected to be a fiery affair, but there should be some epic battles amongst the supporting bouts as well.

Main event can deliver despite criticisms

The UFC has come in for plenty of criticism for making a one-off belt for the welterweight clash between Diaz and Masvidal.

After defeating Anthony Pettis during August, Diaz declared himself the owner of the ‘Baddest Motherf****r in the Game’ belt and told Masvidal to challenge him for it.

The UFC have picked up that particular ball and run with it, although many critics have likened the move to something you would see in professional wrestling.

Despite the criticisms, both fighters are certainly capable of delivering an explosive fight when they go head-to-head in New York.

Many fighting sites like mma-betting.pro make Masdival favourite to beat Diaz on November 2 and it’s difficult to argue with their viewpoint.

He has bounced back from successive defeats to beat Darren Till and Ben Askren in impressive fashion and is fancied to extend his run at MSG.

Diaz finally returned to the UFC after three years out of action following a loss in his rematch with Conor McGregor.

He deservedly defeated Anthony Pettis via unanimous decision, but Masdival appears to be in the form of his life at the moment and can edge a narrow verdict.

Lewis aiming to bounce back

Derrick Lewis will be eager to return to winning ways in the heavyweight division when he faces Blagoy Ivanov in the co-main event.

He challenged Daniel Cormier for title but was between by submission, before losing by TKO against Junior dos Santos.

However, prior to those defeats Lewis recorded an impressive knockout victory over Alexander Volkov at UFC 229 and should prove too classy for Ivanov.

The Bulgarian certainly shouldn’t be underestimated, but this represents a step up in class and he is expected to come up just short.