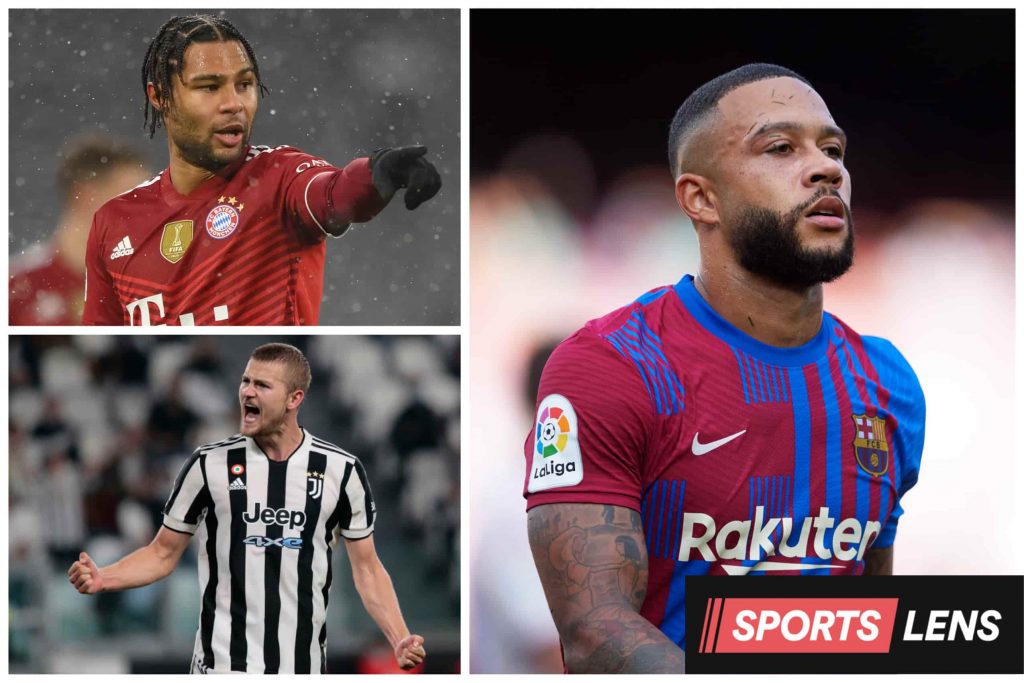 We have been busy scouring the papers and the web here at Sportslens to bring you a comprehensive round up of the latest football transfer news and rumours for Tuesday.

Ousmane Dembele has accepted a lower salary in order to extend his stay at Barcelona until 2024. The new deal is expected to be signed this week after Blaugrana manger Xavi was desperate to keep the Frenchman (Fabrizio Romano).

Tottenham, Inter Milan and Juventus are all said be keeping tabs on Dutch winger Memphis Depay this summer. Barcelona, who are close to agreeing a deal for Leeds winger Raphinha, may look to sell Depay in order to raise funds for further signings (SPORT).

Bayern Munich are confident they can secure a deal for Juventus defender Matthijs De Ligt this summer, with chief Hasan Salihamidzic insisting they are “optimistic” about securing his signature (The Mirror).

Manchester United are plotting a move for Athletic Bilbao winger Nico Williams, brother of Iñaki, this summer. The 20-year-old is valued at around £42million (Fichajes).

Manchester United representatives have flown to Catalonia in a bid to push a deal for Frenkie de Jong over the line, despite Barcelona president Joan Laporta claiming the Dutchman will stay (The Sun).

Barcelona will make their final bid for Bayern Munich striker Robert Lewandowski who returned to the German champions for medical tests this morning. A bid of £42.2m plus bonuses is expected to be tabled within the next few hours and a move has been described as ‘likely’ to happen this week (Sky Germany).

Manchester United have shortlisted Paulo Dybala as a potential replacement if Cristiano Ronaldo gets his wish and leaves the club this summer (Daily Express).

Wolves are considering an offer from Anderlecht for striker Fabio Silva (Daily Mail).

Chelsea are also looking at AC Milan forward Rafael Leao as an alternative option to Raphinha (The Guardian).