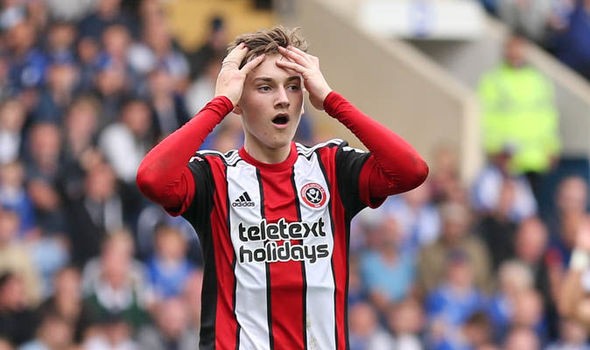 Tottenham are already plotting a summer move for the Bournemouth attacker David Brooks.

The 21-year-old has been in fine form for Eddie Howe’s side this season and Daily Express claim that the Londoners are readying a £50million summer bid for the player.

Mauricio Pochettino is thought to be an admirer of the former Sheffield United star.

Brooks has been one of the best young players in the league this season and he should be in the running for the PFA YPOTY award.

Spurs won’t be the only ones after him if Bournemouth are willing to do business at the end of the season.

The report adds that Manchester United are keeping tabs on the attacking midfielder as well.

Brooks has 6 goals and 4 assists for the Cherries so far this season and Pochettino could develop him into a star for Tottenham.

The Argentine has worked wonders with the likes of Dele Alli and Harry Winks.

The Bournemouth man should prove to be a cracking signing for Spurs if they manage to pull it off. He can play in a variety of positions and he would provide some much needed depth to the attacking positions.

Tottenham should have money to spend this summer after failing to add to their squad this season.

Daniel Levy will be expected to back Pochettino in the market if Spurs are to realise their ambitions on the pitch.

Regardless of the lack of depth and signings, Pochettino has done well to keep his side in the title race this season and he will be hoping for some serious funding at the end of the season.