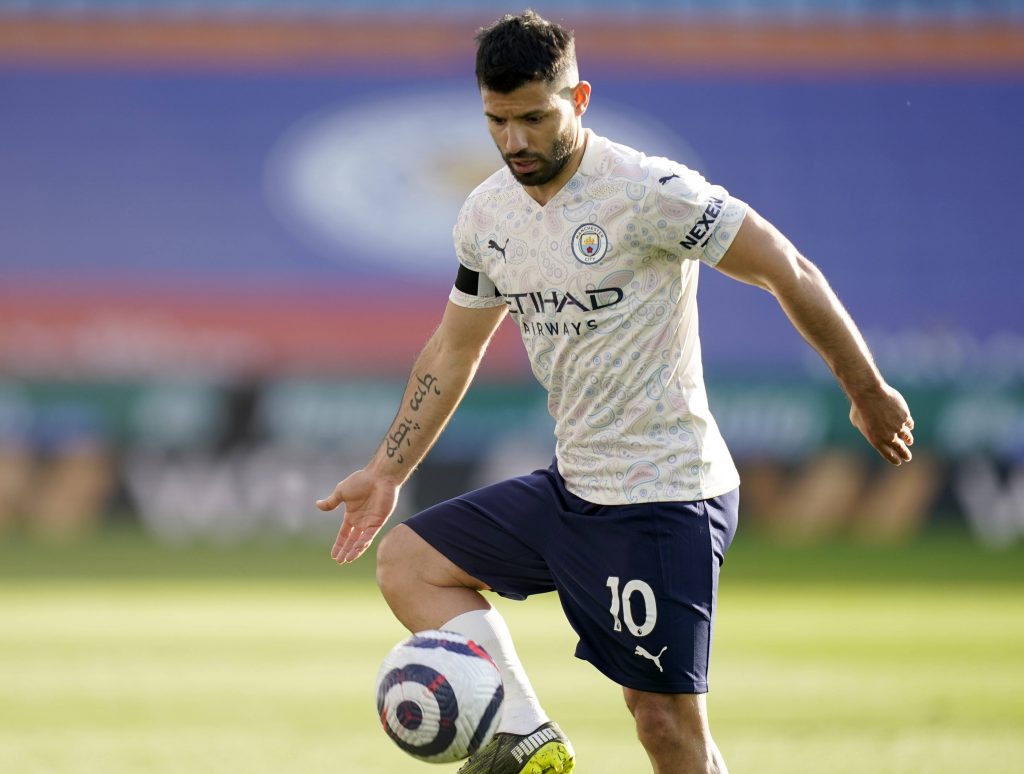 Manchester City legend Sergio Aguero would consider joining Tottenham Hotspur when he leaves his current club at the end of the season.

The Argentine wants to remain in the Premier League after 10 years at the Etihad Stadium. He is even ready to sacrifice Champions League football for next season to do so.

With 181 Premier League goals in 272 games for Man City, Aguero has established himself as one of the best strikers in the English top-flight, and landing such a player will definitely boost Spurs’ chances of winning silverware and returning to Europe’s elite competition.

While the 32-year-old will be signed as a free agent, his wages could prove too much for a side like Tottenham.

Chairman Daniel Levy has been prudent with his side’s finances for a while, and he would have to break his policy to bring Aguero to North London.

With four Premier League titles and five League Cups to his name, the Man City legend is the type of serial winner Spurs need in their dressing room, and his experience and quality will very much come in handy.

Tottenham fans cannot believe that Aguero would be open to joining their club, and some of them have taken to Twitter to react.

People genuinely saying no to this? What imaginary player do people want?!

Seems like a no brainer to me. Imagine Scarlett and Parrott learning off Kane and Aguero

Who wouldn’t take him? on a free as well..

I fully agree I would easily take Aguero he can still do the business, people who say no do not know what they are on about

Consider = if tottenham can work out the numbers…

idc what anyone says this will be class

Having Harry Kane and Aguero in the same squad will cause plenty of problems for Premier League defences. Spurs head coach Jose Mourinho will definitely relish the selection headache that would bring.

While the Portuguese is not a huge fan of a two-striker system, things could change with two of the best finishers on the planet at his disposal.

It is too early to predict how things can go during the summer transfer window, but Aguero definitely will not be short of suitors, and Tottenham will strike gold should they land such a player.

In other news, here is how Spurs fans have reacted to links with Sevilla star.