India
Home News tottenham have made an offer for emerson royal 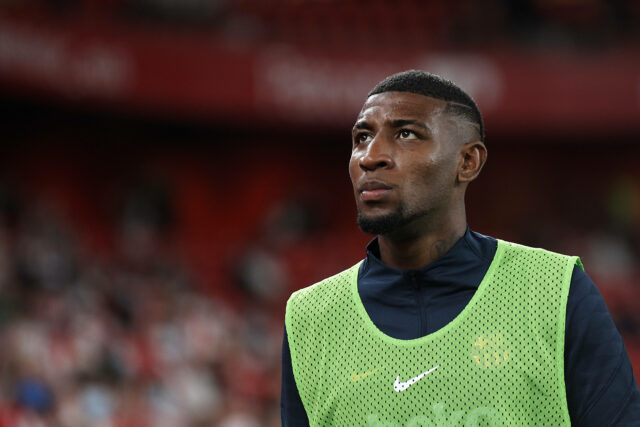 Tottenham Hotspur are working on several deals as Nuno Espirito Santo bids to bolster his squad before the end of the transfer window.

According to The Telegraph, Spurs are trying to negotiate a deal for Barcelona right-back Emerson Royal.

Adding a right-back is a priority for Spurs, and it seems they have earmarked Royal as a potential option.

Spurs have been exploring whether he is available on an initial loan.

Serge Aurier is not in Nuno Santo’s first-team plans, and Spurs are looking to get rid of him.

According to Fabrizio Romano, Spurs have presented an offer of a swap deal between Aurier and Royal, but it was rejected.

Barcelona have received an approach from Tottenham for Emerson Royal on a swap deal including Serge Aurier. Barcelona have turned down the proposal. ⚪️🚫 #FCB #THFC

As per journalist Daniele Longo, Spurs have offered around €20 million, but Barca want more.

Aurier is deemed surplus to requirements at the club. Japhet Tanganga has started the season at right-back, but Nuno needs cover in that position.

Spurs are also looking to sign a midfielder, and they are reportedly close to signing Ilaix Moriba from Barcelona.

The north London club are also interested in signing Adama Traore, but Wolves are reluctant to sell him at the moment.

Emerson impressed under Manuel Pellegrini at Real Betis last season, and he would be a good signing for the club.

However, Spurs need to come up with a better offer.