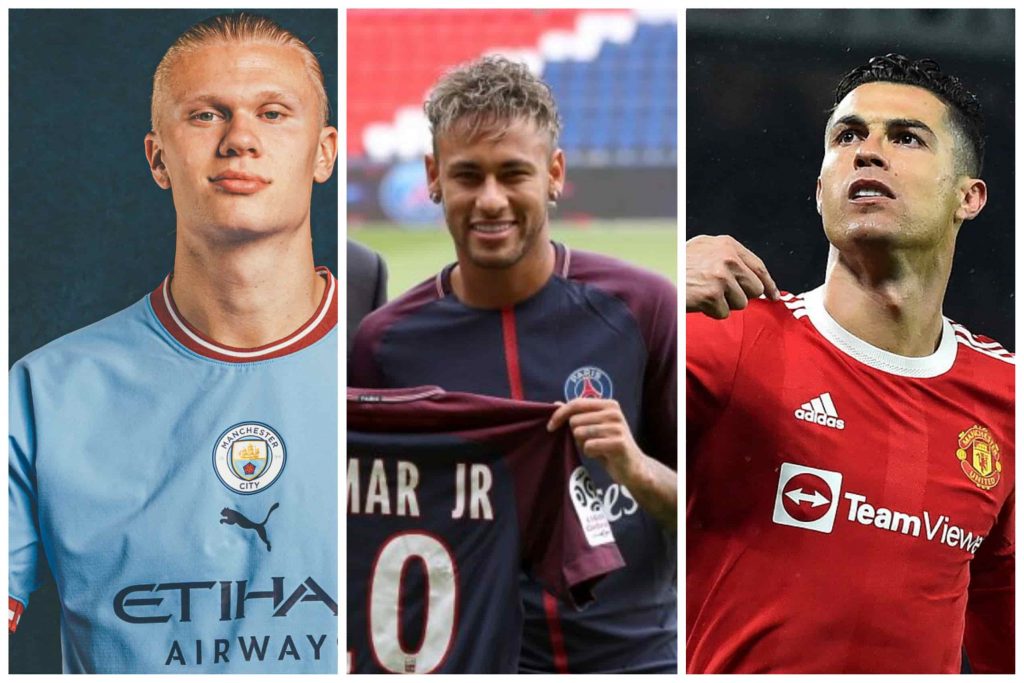 With the summer transfer window in full flow and huge names on the move such as Paul Pogba and Erling Haaland, there are inevitably some monumental contracts being drawn up in an attempt to attract Europe’s elite.

As footballer’s stock continues to rise and the sport becomes heavily commodified, player wages have reached astronomical heights. In this article we take a look at who are among the highest earners in world football, and whether their salary is indeed justified.

Kicking things off at number 10, we have arguably the greatest striker on the planet in Robert Lewandowski.

While it seems his time at Bayern Munich is coming to an end after a sour public dispute over his future, his current contract with the German champions is worth a staggering £350,000-a-week.

The Pole has certainly earned his keep at the Allianz however, and over the course of his eight years there has amassed 344 goals in 375 games – a truly astonishing return.

Unbelievably, Antoine Griezmann sneaks into the top 10 just ahead of Lewandowski.

The Frenchman is undoubtedly one of the most potent marksman of the last 10 years, but his recent loan move in which he returned to Atletico Madrid from Barcelona proved to be an expensive one for the former, and without very little return.

Eight goals and seven assists is by no means a bad return, but with a contract clocking in at £365,000-a-week, the 31-year-old is struggling to find the goalscoring touch that has earned him much acclaim over the years.

By far and away the highest paid goalkeeper of all time, David De Gea’s loyalty to Manchester United has seen him become one of their highest earners.

The Spaniard has been an integral part of Manchester United’s makeup over the 11 years, earning him accolades such as the Premier League team of the year five times while also  winning the Golden Glove in 2017-18.

While United are in the habit of offering massively inflated wage packages, the 31-year-old has more than earned his keep at Old Trafford and is deserving of being among their highest earners.

Joint-seventh we have the youngest player on the list by some margin with Manchester City’s latest acquisition Erling Haaland.

The enigmatic Norwegian, although signed for a cut-price of £51m, arrives with a substantial wage bill which launches him right to the top of the world’s highest earners.

While it was a necessity to ward off any other potential suitors, only time will tell whether the 21-year-old is indeed deserving of such astronomical numbers. However, if he can replicate his goalscoring exploits as seen in the Austrian and German leagues, it will certainly be worth it.

From the youngest player on the list to the oldest, Cristiano Ronaldo’s return to Manchester United was a lucrative one for him personally.

While it seems the legendary marksman is now eager for a move away from Old Trafford, there is no denying the Red Devils may not have finished the season in the position they did had it not been for the 37-year-old’s goalscoring form.

The second of two Manchester City players on this list, Kevin De Bruyne remains the highest earner at the club by some £10,000-a-week.

The Belgian maestro is deserving of this monumental contract given his form since joining the Sky Blues, winning four Premier League titles and two Player of the Season awards along the way.

Liverpool’s prized possession Mohamed Salah recently signed a contract keeping him at Anfield until 2025 along with a £400,000-a-week improved salary. 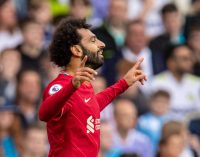 The Egyptian is more than deserving of this, leading the Reds to a first title in 30 years while picking up a hat-trick of Golden Boots along the way – no doubt a living Liverpool legend.

The Brazilian, although undoubtedly one of the most technically gifted players ever to grace the game, hasn’t quite lived up to the expectations placed on him when making the switch to the French capital.

Nonetheless, the club are still willing to pay him an eye-watering £600,000-a-week, making him one of three PSG players who make up the top three highest earners.

Just missing out on the top spot is Lionel Messi, who’s PSG contract is worth a staggering £960,000-a-week.

The Argentine, although acquired on a free transfer, earns a reported £35m per year which is expected given he is widely regarded as the greatest player of all time.

After having to uproot his entire life after 17 years with his beloved Barcelona, we are hoping to see the 35-year-old back to his mercurial best next season.

And, of course, at number one we have PSG’s jewel in the crown Kylian Mbappe.

The 23-year-old recently signed the biggest contract ever seen in football, meaning he will now earn a stupendous £1m every week. The most valuable player in the world demands a wage bill to match, but this unprecedented figure highlights just how sickening money in modern football has become.