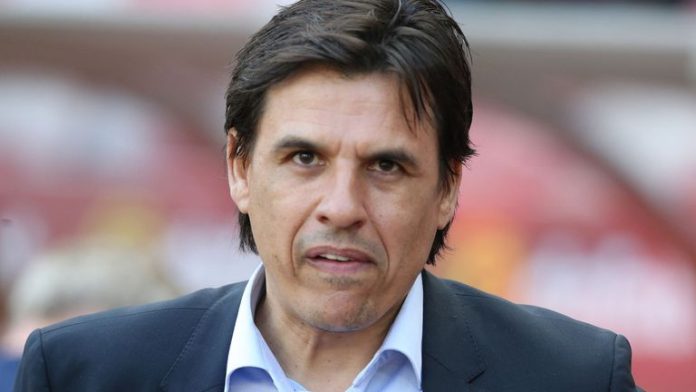 Known in politics as “whataboutism”, it is generally a naked attempt to excuse your own failings and point the finger at someone else.

It came as no surprise to read that Chris Coleman has done just that following Sunderland’s relegation from the Championship.

Coleman was asked if he might give out-of-favour Jack Rodwell a chance when his side travel to play Fulham on Friday.

The former Everton and Manchester City midfielder has not made a senior appearance for the Black Cats since September, despite their struggles this season.

“I don’t even know where Jack is, to be honest with you, so no, he won’t be involved,” Coleman told Sky Sports.

“If there was a sniff of a first-team appearance, I’m not sure he’d be 100 percent fit for it, so I don’t think that’s going to be the case.”

Don’t know where he is? Not sure if he’d be fit? Isn’t it Coleman’s job to know these things? He’s supposedly the manager of the club.

After an injury-plagued three-and-a-half years on Wearside, Sunderland wanted to cancel Rodwell’s contract in January in a bid to remove him from the wage bill.

Rodwell decided to stay, as he is entitled to do, and insisted in a recent interview that he was fit and available for selection if called upon.

“I’m quite sure we’ve gone down the legal route of that situation, and we’re stuck with a player that doesn’t want to play for Sunderland Football Club and wants to leave,” Coleman added.

“But then where’s he going to leave and go to? There’s the conundrum.

“He’s here and he’s got one more year on his contract. He doesn’t want to play for us, so fine, go and play for somebody else. But the stumbling block is the contract.

“I know Jack did that big article, that he wanted to play for England again, so to do that, he’s going to have to go and play football somewhere.

“The proof is always in the pudding.”

Indeed. ‘Whataboutism’ at its finest.

He quit his cushy number at Wales to replace Simon Grayson at the Stadium of Light, but his ‘reputation’ was a false one inflated greatly by Gareth Bale’s efforts.

His record at club level didn’t inspire any confidence that he was the right man for the job, with failures at the likes of Fulham, Real Sociedad and Coventry City on his CV.

Given the off-field mess at the club there were no guarantees that Grayson would have kept Sunderland up, but he was certainly better qualified for the task than the Welshman.

As Coleman himself said, “the proof is always in the pudding”, and five wins in 28 matches proves he’s not been particularly great at his job.

His pathetic attempt at ‘whataboutism’ with regards to Rodwell says much about Coleman’s character.

There is a lot that needs to change at Sunderland if they are ever to bounce back.

Whatever happens with the ownership of the club, Coleman wasn’t the right man for the job last November. He still isn’t.