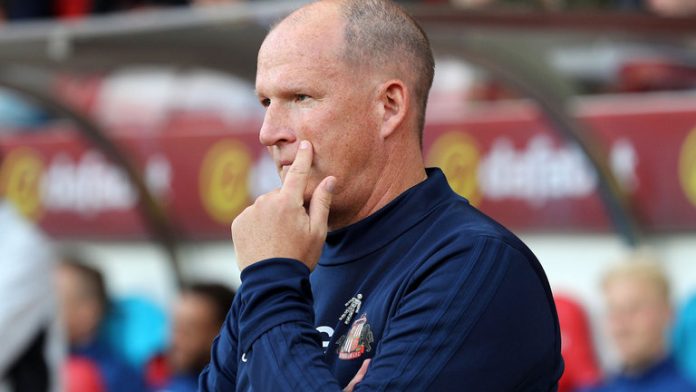 Sunderland manager Simon Grayson has called for patience despite the club’s awful start to the Championship season.

Tuesday’s 5-2 thrashing at Ipswich Town left Grayson’s side 23rd in the table, but he believes he can turn things around if he is given time.

“Since I’ve been at the club I’ve tried to stress that we want to get promotion but we’ve not spent the money that other clubs have, but also we’ve not got a God-given right to it,” he said.

“We’ve got to have a sense that it’s a work in progress, I don’t really like using that word too much, but it is because of the turnaround of players that have gone out the club and everybody knows there isn’t the finances available because of what happens.

“There is a hangover from the Premiership days, no doubt, but what we wanted to do is try and create some positivity, get the players playing for the shirt and get an affiliation back with the supporters and that won’t happen overnight.

“You need to get the team to gel and working like you want it to work, because it took me two or three years to do that at Preston, you have to build slowly, you have to build window to window and be given time to allow that to happen.”

Grayson’s comments make plenty of sense given the job he did at Deepdale, although the difference in how the two clubs are run is likely to hinder his chances of succeeding at Sunderland.

Preston are a stable club with a coherent plan, whereas Sunderland’s level of debt and mismanagement over the past few years reeks of instability.

Venky’s shambolic ownership of Blackburn Rovers has shown what can happen to clubs if they are badly run and Sunderland could easily be the next to suffer a heavy fall from grace.