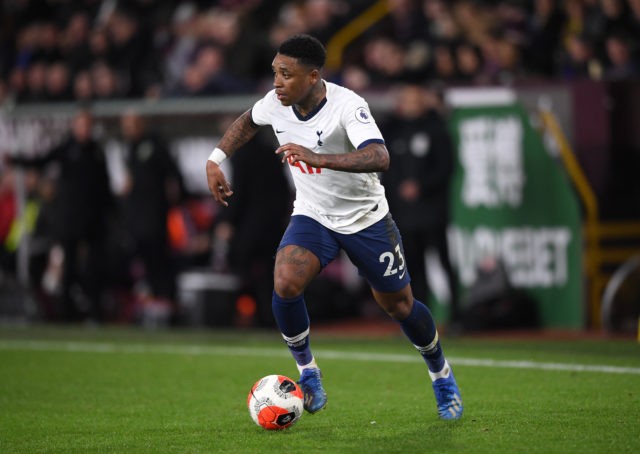 According to The Athletic, Tottenham Hotspur have fielded enquiries from suitors interested in taking Steven Bergwijn either on loan or permanently in the summer.

The 23-year-old has fallen way down head coach Jose Mourinho’s pecking order and was excluded from last Friday’s matchday squad against Everton.

Bergwijn has featured in 27 games across all competitions for Spurs this season, but he has not played since action resumed after last month’s international break.

The Netherlands international has started and finished just two Premier League games so far this season and is struggling to convince Mourinho of his quality at the moment.

The Portuguese did admit last June that he did not want to sign Bergwijn initially, claiming he was not his first option as Tottenham looked to land another attacker.

He joined Spurs from PSV Eindhoven for £27 million in January 2020 but has weighed in with just three goals across 46 games since.

Bergwijn has mostly come off the bench since joining Spurs, but chairman Daniel Levy has no intention of letting him go just yet with four years still left on his current.

While he is not short of suitors ahead of the summer transfer window, the approaches have not received any encouragement from the north Londoners, and it will be interesting to see how things go in the coming months.

The likes of Heung-min Son, Lucas Moura, Gareth Bale and Erik Lamela are all firmly ahead of Bergwijn, and his future at the club will likely depend on Mourinho’s.

In other news, Mourinho has sent a message to Manchester United’s star.