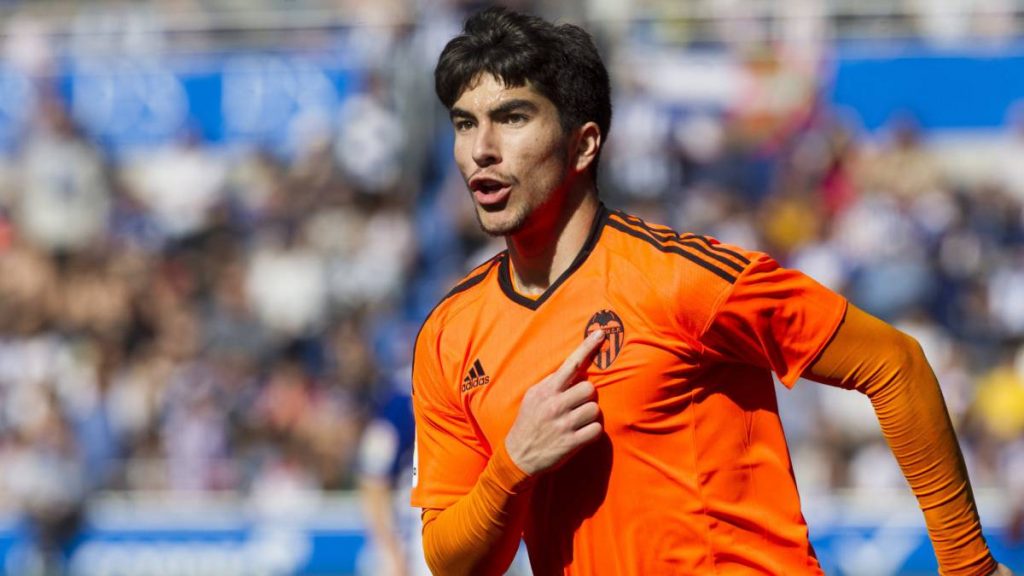 The January transfer window is over a month away but Manchester United have already been linked with some of the hottest properties in world football.

The latest to join the queue is Valencia’s rising superstar Carlos Soler. The 20-year-old’s recent form has caught the attention of some of the biggest clubs around the club. However, Soler has distanced himself from the speculation linking him with a move away from the Mestalla.

“You already know it. I’m focused on Valencia. Regarding those things [the interested from Manchester United] I know nothing. It would be foolish to think about those things right now,” said Soler speaking to Spanish outlet Cadena Cope.

United boss Jose Mourinho reportedly wanted four signings in the summer but managed just three – Romelu Lukaku, Victor Lindelof and Nemanja Matic. Mourinho was in the market for a left sided midfielder and Inter Milan’s Ivan Perisic emerged as a prime transfer target. But a deal could not be materialised as the Croatian decided to extend his stay in Milan.

Valencia have reportedly slapped a £40 million price tag on Soler’s head. United have lacked goals from midfield in Pogba’s absence and adding Soler to the squad could greatly augment that predicament. However, despite strong interest from the Mancunians, any possible deal to bring the Spain youth international to Old Trafford will have to wait until the summer transfer window of 2018.