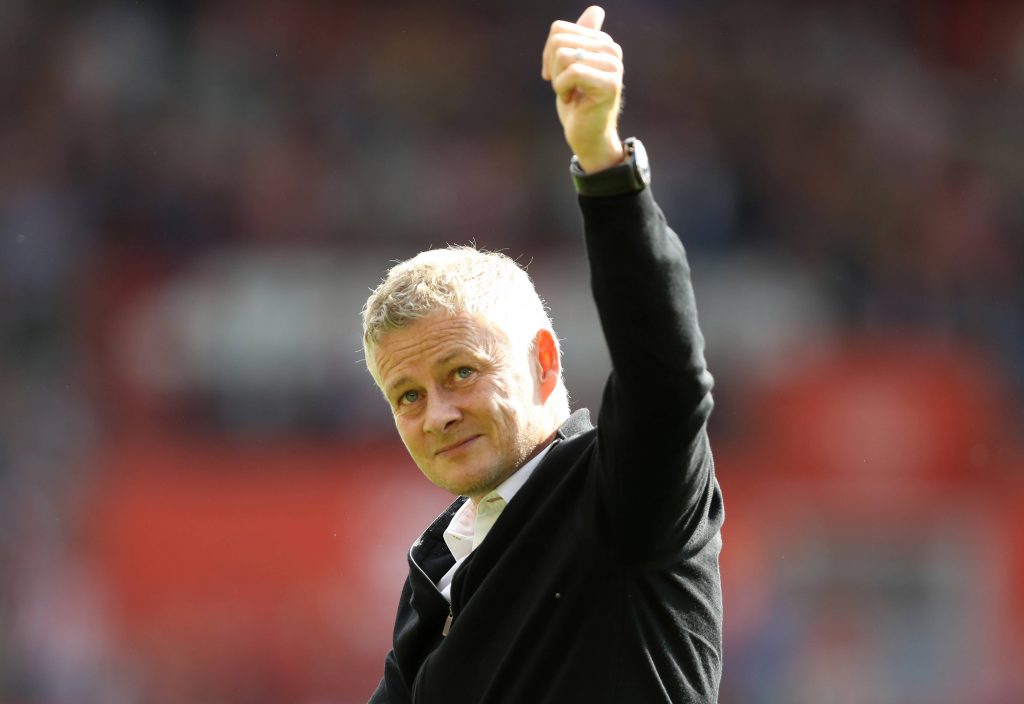 Manchester United were held to a 1-1 draw against Southampton at St Mary’s on Sunday.

It was a disappointing afternoon for Ole Gunnar Solskjaer’s side as they yet again dropped crucial points at the start of the season.

On a positive note, United extended their unbeaten run away from home to 27 games, equalling Arsenal’s ‘Invincibles’ in 2004.

27 – Manchester United are unbeaten in their last 27 away Premier League matches (W17 D10), equalling the longest away unbeaten in English top-flight history, set by Arsenal between April 2003 and September 2004. Adventures. pic.twitter.com/kC6TN7hiQa

A notable trait in yesterday’s game was United’s threat from attacking set-pieces.

New set-piece coach Eric Ramsay has put a lot of work into improving this area of the team.

Despite not having his best overall game, Mason Greenwood netted the equaliser and showed his goalscoring prowess.

The 19-year-old is now the third-highest teenage goalscorer for Man United behind Norman Whiteside and George Best.

However, United failed to grab the winner and were once again frustrated by an opposition’s low-block.

Southampton offered great resistance and did not allow United to get hold of the midfield.

Ralph Hasenhuttl’s side can be a stubborn and often aggressive opponent, known for their coordinated pressing in a 4-2-2-2 shape.

Southampton have a youthful side that relies on collective endeavour to nullify the individual brilliance of more skilful opponents.

Time and time again, United’s most impactful players found themselves closed off in possession.

They were unable to capitalise on Greenwood’s equaliser and found themselves giving the ball away cheaply.

The game highlighted United’s dying need for a controller in midfield.

Solskjaer’s side lacks a cultured midfielder who can dictate the tempo of the game from deep.

Fred offers energy and tenacity but is poor in possession.

Nemanja Matic has the composure and passing ability but lacks the speed and agility required in the modern game.

The duo were swamped by the Saint’s spirited midfielders.

If Solskjaer wants his side to challenge for silverware this season, he must find a way to deal with sides that sit back and deny United space behind.

With eight days left until the end of the transfer window, the Red Devils must push for a midfield signing.