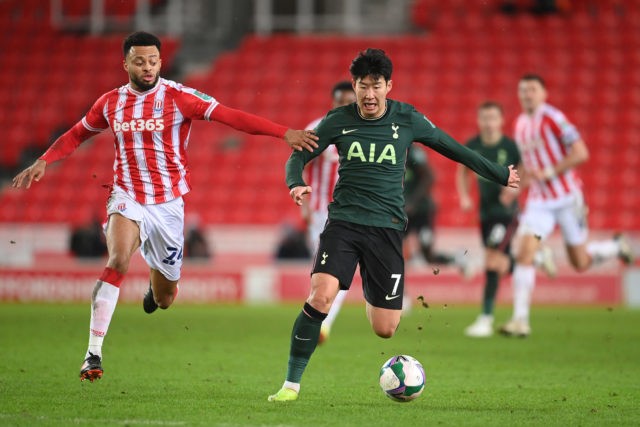 Tottenham Hotspur forward Son Heung-Min has claimed that Spurs can win the Premier League this season. However, he feels that such talks are a bit premature.

In an interview with Sky Sports, Son was asked to comment on whether Spurs can win the title, to which he replied:

“Obviously. Nothing is impossible. At the moment, it looks quite tight. There’s a long way to go. We have to be focussed, we have to be ready, fight every single point. This is our aim, we’ll see.”

When further asked about whether he feels this is Tottenham’s best chance this season to win the trophy given the ‘crazy’ nature of the season, Son added:

“That’s why everyone loves the Premier League. There are no free points. Every single game, every single week, it’s a hard day. We have been contenders before when Leicester won the title. So, it’s too early to say at the moment. We want to be focussed and try to win every single game.”

A strong squad from Spurs

Spurs are definitely one of the teams that are expected to challenge Liverpool for the Premier League title this season.

The north London club not only has a fantastic squad (along with a great manager) but they can fancy their chances given how the season has panned out so far, where big teams have dropped points frequently.

As a result, the league is wide open, with eight points separating the top eight teams.

Spurs have done really well under Jose Mourinho this season, but recent defeats against Liverpool and Leicester have pushed them back to sixth in the table.

Although the general feeling among the pundits is that Liverpool are still hot favourites to retain the title, the likes of Spurs, both the Manchester clubs and Chelsea can close the gap at any time.

The first half of the season has been slightly chaotic, with almost all the big teams struggling for consistency. Son, who has been in great form this season, has rightly pointed out that it’s still a long way to go, and that Spurs have enough quality and experience to challenge for the title.