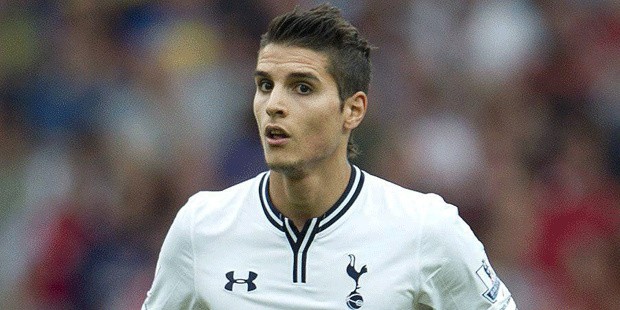 According to the Italian press, Juventus’ Director General Giuseppe Marotta has flown to London to further explore the transfer options of Chelsea’s Kevin De Bruyne and Tottenham’s Erik Lamela.

Juventus are willing to offer an escape route for the two attackers, Italian newspaper TuttoSport reports, with the Italian champions potentially looking to seal a January deal for the duo.

Both attacking midfielders have struggled to remain a part of their respective clubs’ starting XI this season, with De Bruyne frozen out early by Blues boss Jose Mourinho, and the Argentine Lamela unable to find his feet thus far in English football.

Both have been linked with a move away in recent months, with a host of German clubs after the fleet-footed De Bruyne, and Atletico Madrid touted with a January move for the unsettled Lamela.

Serie A may be an excellent option for the duo, with Juventus offering them a chance to reignite their respective careers.

With the World Cup fast approaching, we may find that this January heralds a good few transfers, with players moving across Europe in search of essential first team football.

While De Bruyne looks dead set for a move abroad this January, I’m not so sure about Lamela. The only way Lamela would leave White Hart Lane this January is on loan, and even then it is a long shot.

Tottenham invested a good £30m on the 22-year-old only last summer, and Daniel Levy would surely laugh at the idea of sanctioning a permanent move away a few months later.

There will continue to be a host of clubs fighting it out for Chelsea’s De Bruyne’s signature meanwhile. With their European pedigree, and world class squad, Juve certainly have enough to tempt the youngster.

What do you think? Will both players leave London? Let me know in the comments below…