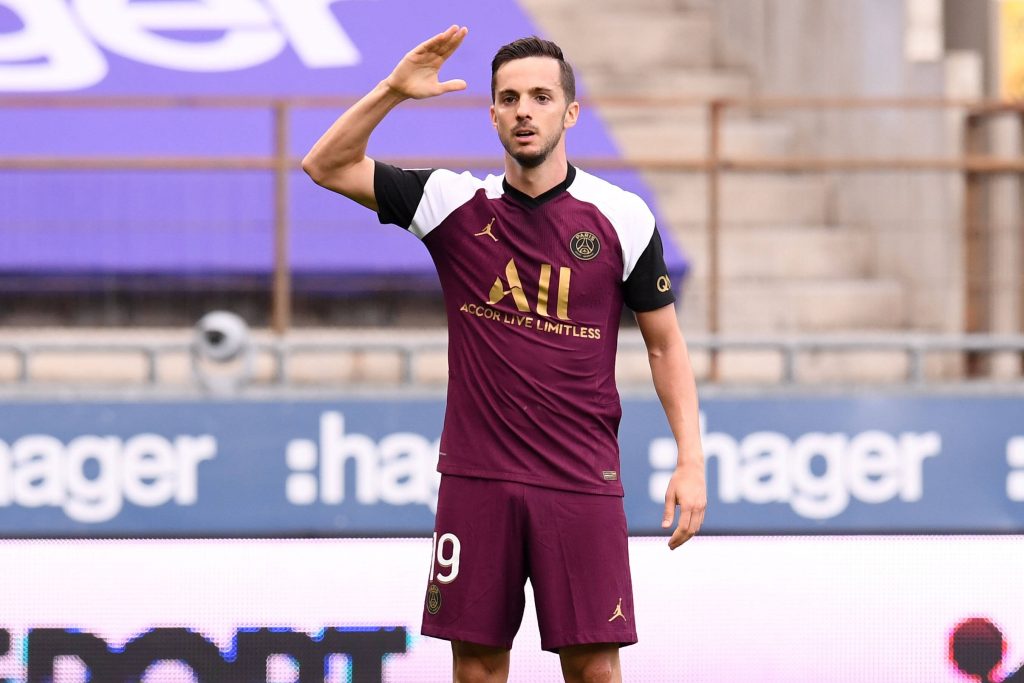 Sarabia arrived at PSG back in 2019 from Sevilla. He has made 48 league appearances for the club – many of them from the bench – scoring ten goals and assisting seven.

The 29-year-old made three starts at this summer’s European Championships and impressed, scoring twice and assisting once as Spain reached the semi-finals before being eliminated by champions Italy.

Those performances have attracted the attention of some of Europe’s biggest clubs, with Le Parisien reporting (via AS) that Atletico, Inter Milan and Lazio are all interested in signing the Spaniard.

Le Parisien states that PSG wanted to use Sarabia as a makeweight to bring Lazio’s Joaquin Correa to the Parc des Princes.

However, no deal has been reached, with president Claudio Lotito reportedly wanting as much liquid cash as possible from the sale, with his price set at €35 million.

If he moves to Atletico, Sarabia would be returning to the league where he enjoyed his most productive days.

He spent eight seasons in La Liga across spells with Getafe and Sevilla, scoring 36 goals.

Los Rojiblancos will be looking to add more depth to their squad if they wish to retain the La Liga title while competing in Europe.

Inter are in a similar position to Atletico, having just won the Serie A title.

However, with manager Antonio Conte leaving, the upcoming season is expected to be far more difficult.

A player of Sarabia’s quality could be handy in defending their crown.