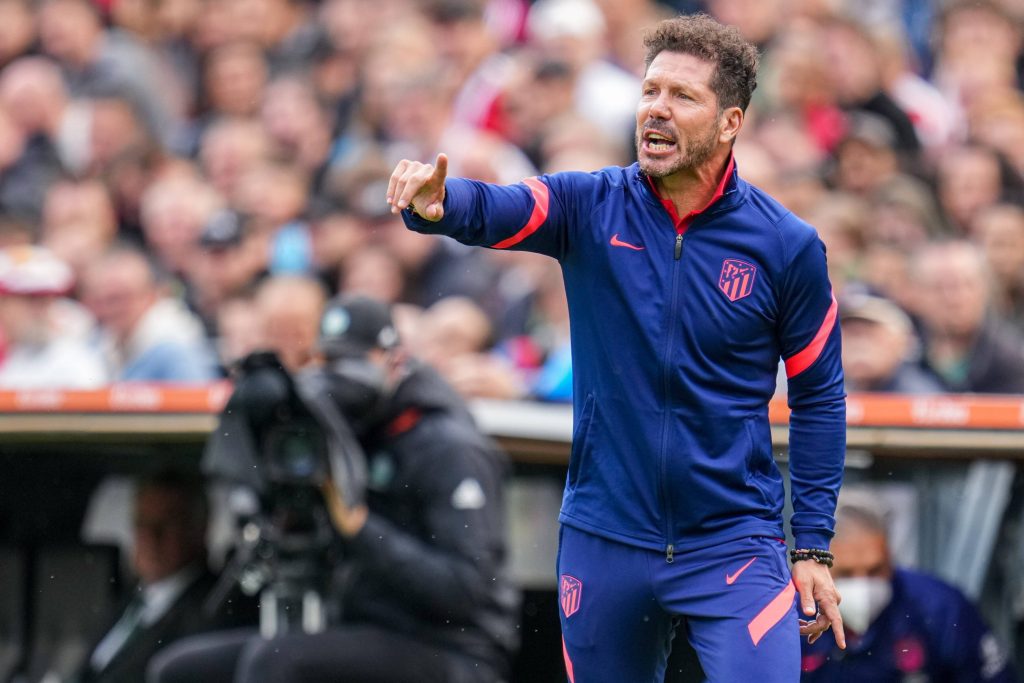 Despite a significant form wobble in the early stage of the calendar year, Atletico Madrid ultimately capitalised on a stunning start to the season to win La Liga in 2020/21.

It took them two inspiring comeback triumphs on the final two matchdays to pip cross-city rivals Real Madrid to their first league title in seven years.

After a slightly uneventful summer, Atletico will be looking to retain the league title as the 2021/22 La Liga season gets underway next weekend.

There have been no significant exits so far, but Atletico could be on the verge of saying goodbye to Saul Niguez.

Several Premier League clubs, including Manchester United and Liverpool, are interested in the Spaniard, who slipped down the pecking order last term.

Saul’s future is seemingly lying away from Madrid, with Anfield surfacing as his likeliest landing spot.

The reigning Spanish champions are still trying to fend off United’s attempts to sign Kieran Trippier, who is thought to be forcing a return to his homeland.

Meanwhile, some speculations have suggested Atletico could part ways with record-signing Joao Felix.

However, the Portuguese’s departure looks far-fetched, especially considering Simeone has big plans for the prodigious forward.

In terms of the incomings, Rodrigo De Paul joined the club in mid-July after growing into one of the standout performers in Serie A during his five-year stint at Udinese.

The 27-year-old is an illustrious playmaker with a keen eye for goal, but he has notably upgraded his defensive skills in Italy, which will particularly suit Simeone’s tactics.

Barcelona’s Antoine Griezmann has been touted for what would be a somewhat controversial return to the capital.

But with Lionel Messi gone, the French forward is now likely to remain at Camp Nou.

Despite failing to add many new names to the squad, Atletico have kept all of their star players, which could be considered a success.

Diego Simeone has been a polarising figure, depending on which side of the spectrum of liking him you stand.

However, the Argentine deserves the credit for his astonishing achievements in Madrid, and not even his ‘haters’ can deny that.

Simeone has not turned Atletico into the most entertaining team to watch, but he has made them competitive on multiple fronts.

In addition to helping Los Colchoneros establish themselves as a permanent top-four fixture in La Liga over the past decade, El Cholo has been the only one to beat the ‘big two’ to the title in the past 18 years.

Not once, but twice.

Simeone has turned a mid-table club into a force to be reckoned with, guiding his side to 70+ points in all nine seasons in charge.

Last season under his stewardship, Atletico amassed a staggering 86 points to win their first league title since 2013/14.

The 51-year-old now faces the prospect of achieving a career-defining milestone.

It has been 71 years since Los Rojiblancos last won back-to-back La Liga titles.

That should be enough of an incentive ahead of the new season as it may well go down in club folklore as one of the most notable successes in Atletico’s history.

Since his first full season in charge, back in 2012/13, Simeone has managed to turn Atletico into a water-tight defensive unit.

That virtue has become the trademark of Simeone’s era and should play a prominent role in the upcoming season.

Going back to 2013/14, Los Rojiblancos have conceded less than 30 goals in all eight La Liga seasons, including 25 last term.

Although many had thought that Diego Godin’s departure might leave Atletico’s backline exposed, Simeone has proved it is not about the players but the tactics.

Godin was the pillar of Los Colchoneros’ impenetrable defence for nine years, but Atletico have continued to stay compact at the back in the wake of his exit in 2019.

Indeed, Simeone has managed to instil a certain mindset, the warrior mentality, that has been off the charts in Spain in the past ten years.

If his players can keep the same rhythm next season, Atletico’s chances of retaining the crown should take an upward curve.

Joao Felix Needs to Step Up

Since Atletico look unlikely to welcome Griezmann back to the Wanda Metropolitano, Simeone will have to work with the same attacking cast that conquered the league last season.

The acquisition of Luis Suarez proved to be an immediate success as the Uruguayan spearheaded Atletico’s title charge in his first season at the club with 21 goals.

However, the ex-Barcelona forward will turn 35 next January, and putting the entirety of the scoring burden on him again could be a huge risk.

Given Suarez’s scoring prowess, another massive season is not beyond the realm of possibility, but the man needs help.

Therefore, everyone in Madrid is still waiting for Felix to explode.

The 21-year-old became the club record-signing when Atletico splashed out £113 million to sign him from Benfica in summer 2019.

Unfortunately, he has done virtually nothing to live up to his stratospheric price tag.

After bagging just six goals in his maiden La Liga season, Felix went on to grab one more last term out.

The numbers conclusively suggest that the Portugal international is having a hard time adapting to Simeone’s system.

But with the shortage of newcomers, the 2021/22 campaign could be Felix’s best chance to showcase his talents and steal the spotlight.

For the first time in years, Atletico head into the new league campaign as the bookies’ favourites to claim the trophy.

Barcelona and Real Madrid were often entitled to the crown, which seemed to have benefited Atletico in so many ways.

But they will be out of their comfort zone this time around.

It is now up to them to shoulder the pressure of being favourites.

Since that is something they are not used to, it could put Los Rojiblancos in an awkward spot.

Several defeats in the European finals have demonstrated Atletico’s tendency to crumble under pressure.