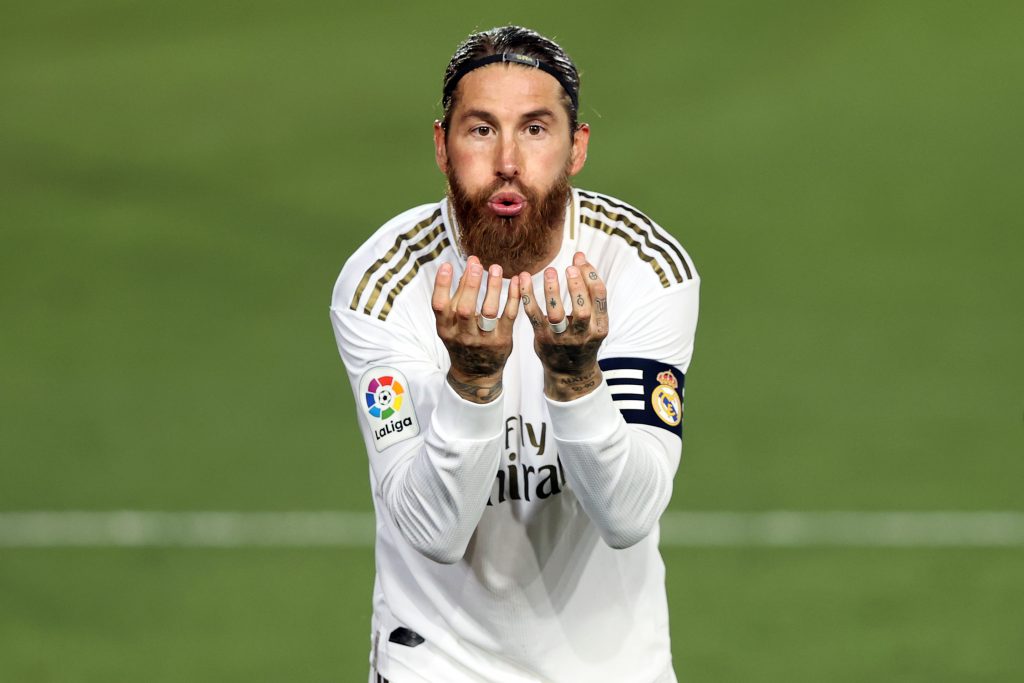 Real Madrid captain Sergio Ramos fancies a move to the Premier League with Manchester United when his contract expires at the end of June, The Mirror reports.

The Spain international has been contracted with Los Blancos since the summer of 2005 and he has accumulated 668 appearances in all competitions.

The 34-year-old remains an undisputed starter in the central defence when fit but his future with the club is uncertain with his deal expiring in the summer.

Los Blancos have been in regular negotiations with the defender but it is reported that he has declined a two-year contract extension with a 10 percent pay-cut.

Ramos is said to welcome a move to the Premier League this summer and he is understood to have a particular preference to join the Red Devils.

Ramos was linked heavily with a move to Old Trafford in the summer of 2015 before he put pen-to-paper on a new five-year deal with Los Blancos.

The Spaniard will be 35 in March, but he is still regarded as one of the best centre-backs in the world and has recently been linked with Paris Saint-Germain.

Ramos does not appear keen on a move to Les Parisiens and it remains to be seen whether the Red Devils will contact him over a free transfer.

Harry Maguire has been an undisputed starter for United in the central defence this term with Victor Lindelof or Eric Bailly regularly partnering him.

Lindelof’s performances have led to criticism from some fans while Bailly has a poor injury record and has yet to stay fit for an entire season.

Similar to Maguire, Ramos has largely played as the left-sided centre-back during the backend of his career with the Spanish champions.

However, he has featured as a right-back in nearly 150 games and should not have much difficulty in playing as the right-sided central defender.

United’s signing of Edinson Cavani has shown that age is not a barrier for them and Ramos’ experience could be handy in boosting their title prospects, albeit in the short-term.

Ramos is likely to demand wages of around £200,000-a-week and that should not prove a stumbling block for a club of United’s stature and calibre.