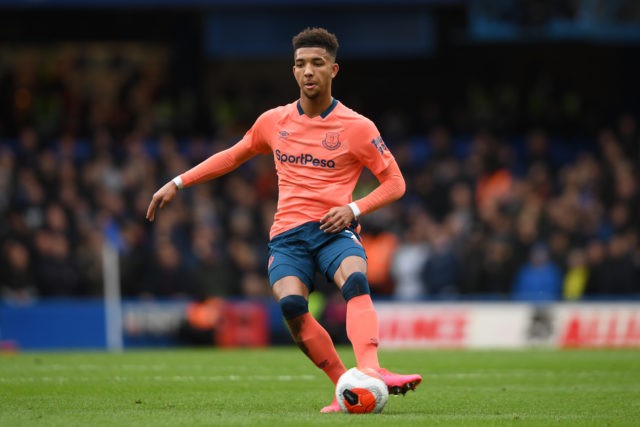 Former Manchester United defender and one of the all-time greats in Premier League history, Rio Ferdinand, has showered heaps of praise on Everton centre-back Mason Holgate.

The 23-year-old has impressed heavily under Carlo Ancelotti at Everton, and he is expected to play a prominent role for the Toffees in the years to come.

With Yerry Mina currently out with a thigh injury, Ancelotti is likely to name Holgate and Michael Keane as their centre-back pairing when the Toffees return to action in the Merseyside derby against league leaders Liverpool.

Holgate has been one of the consistent performers for Everton since Ancelotti replaced Marco Silva at the helm in December. The highly-rated centre-back has started in 10 out of 11 matches under the former Real Madrid boss.

“He’s in a really superb place. His form for Everton has been excellent – he’s been one of the most consistent players in a blue shirt.

“He’s defending well and, we all knew that he could pass and play, but I think he’s brought that to another level this season. He’s shown authority in the way he has played.

“Everton have got one of the best young centre-halves in the country – that’s a fact. He’s not even scratched the surface yet in terms of what he will be in three to four years. The progression he’s made so far is just the tip of the iceberg with Mason. There is much more to come.”

Ferdinand has spoken highly of the youngster, saying he is one of the best young centre-backs in the country at the moment.

The BT Sport pundit has also praised Keane and expects him to form a strong bond with Holgate. The 27-year-old has made 25 appearances for Everton this season.

Everton are in the hunt to sign a solid centre-back in the summer, with the club being heavily linked with a move for players like Kalidou Koulibaly and Gabriel.