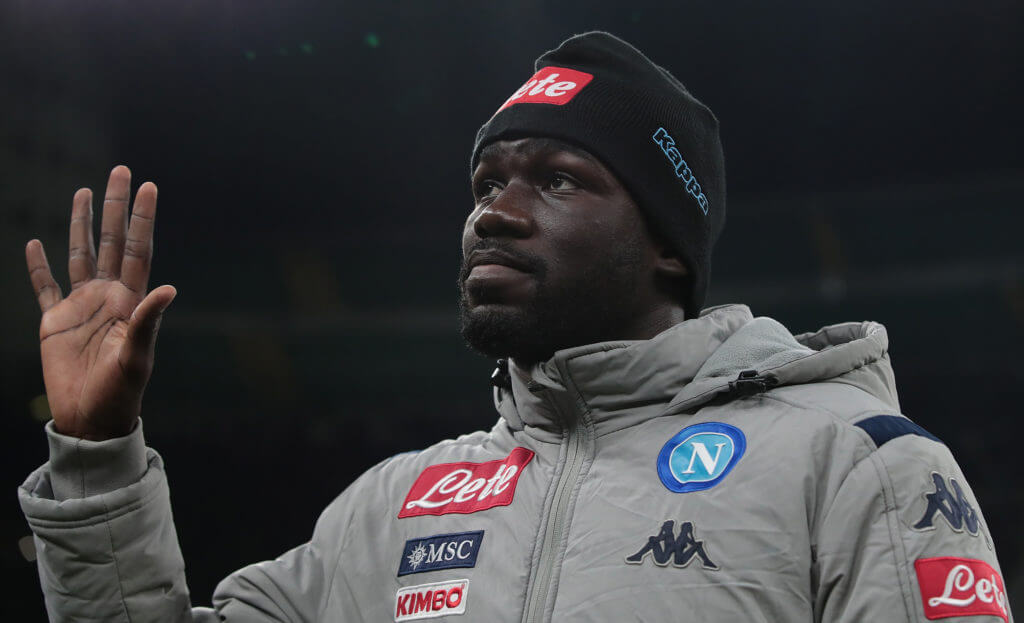 It felt really good yesterday that football is back finally.

We don’t know whether we will see the return of the Premier League anytime soon. Till that time, let’s keep engaged with the daily dose of transfer drudgery.

And that brings us to Everton’s interest in Kalidou Koulibaly.

Everton boss Carlo Ancelotti needs to sign a central defender in the summer – or winter – or whenever, we don’t know yet. The likes of Yerry Mina or Michael Keane could be shown the door and a top-quality defender is needed as a replacement.

While the likes of Lille’s Gabriel are being linked, Koulibaly would be one hell of a signing. Ancelotti knows him well from his time in Naples, and therefore the obvious connection.

Widely regarded transfer guru Gianluca Di Marzio has claimed that the Toffees should be considered a major threat in the race to sign the Napoli defender.

“The future of Koulibaly? I sincerely hope that he stays[At Napoli] because he is a great player, but you have to wonder, especially Ancelotti’s Everton, who wants to build a great team,” said Di Marzio to Arena Napoli.

A host of clubs including Liverpool, PSG and Manchester United are keen to secure the services of one of the world’s best defenders. But Di Marzio feels Everton should be seen as a serious threat as Ancelotti wants to build a great team.

The only problem – and the most important problem – is ‘money’. Gazzetta dello Sport has suggested that the Senegal defender would cost in the region of £89 million.

That rules everyone out of the race, including Everton. Had it been any other window, heavyweight clubs would have still dared to splash the money but the next window will not be just another transfer window.

The global economy has changed, thanks to the Coronavirus pandemic and it is blasphemy to think football clubs would be engaged in eye-catching big-money deals. It simply won’t happen.

Nevertheless, there’s the thing called unpredictability and of all the elements in football, transfer windows have brought that part before us time and again.