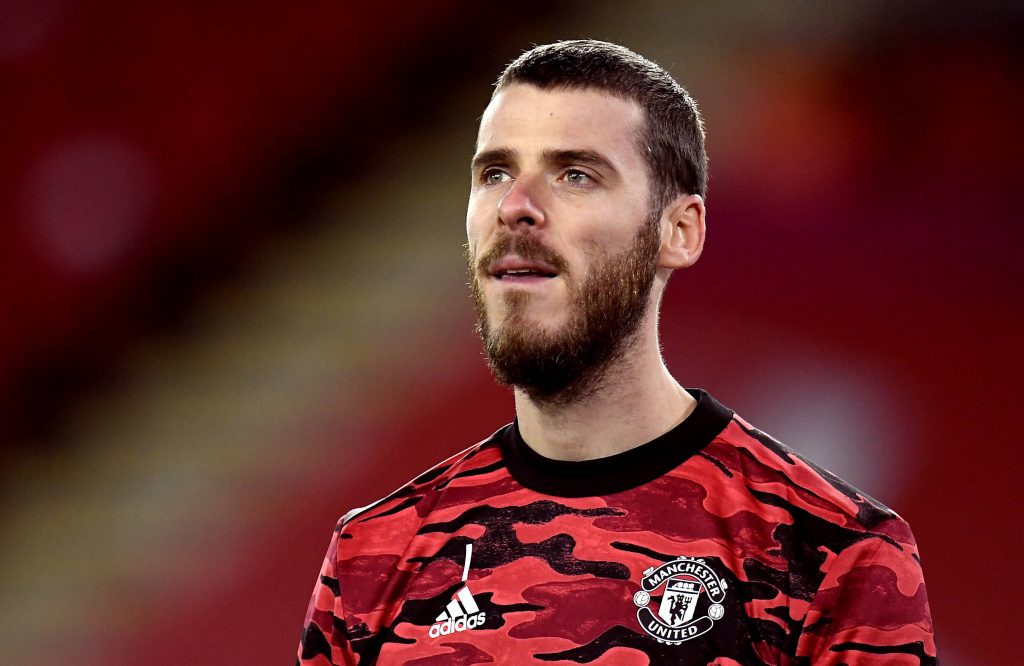 Manchester United legend Rio Ferdinand believes goalkeeper David de Gea could push for a new challenge away from the Red Devils if he plays second fiddle to Dean Henderson for the rest of the campaign.

The Spaniard has been the regular choice in goal for the past decade, but he has recently lost his number one role to Henderson after a brief absence due to personal reasons.

De Gea was absent for four matches last month due to the birth of his first child, but it was anticipated that he would reclaim his starting spot on his return.

However, that has not been the case, with the 30-year-old being an unused substitute for the past three games where manager Ole Gunnar Solskjaer has stuck with Henderson.

Speaking on BT Sport last night, Ferdinand said that his former teammate could be on the move if his situation stays the same for the rest of the campaign.

He said: “You’ve got two options – you fight for your position, or you say, ‘that’s me done, I’m off and I’ll go somewhere else.’

“If Dean Henderson finishes the season as No 1, I don’t see De Gea staying there. No chance, I don’t see it. I think he’ll go out now.

“His wages will be a determining factor, but at the end of the day, two number ones doesn’t work.

“De Gea has been a mainstay in the team, but Ole is maybe seeing things differently now.

“He’s put Henderson in front of him in the queue. Does De Gea accept that and stay? I don’t think so.”

De Gea has been a wonderful servant for the Mancunian giants with a stunning tally of 153 clean sheets from 434 appearances.

However, he has occasionally been error-prone with his displays in recent displays, and there have been doubts regarding his United future.

His paternal leave last month paved the way for Henderson to secure regular game time, and he has made the most of his opportunity.

Barring a soft goal conceded against AC Milan, he has been solid between the sticks, and Solskjaer seems content to stick with him.

De Gea is unlikely to contend with the prospect of being a back-up goalkeeper, and it won’t come as a surprise if he moves on this summer.

His club-record £350,000-a-week wages will be a stumbling block for any transfer, and it is claimed that United may offer him a huge pay-off.