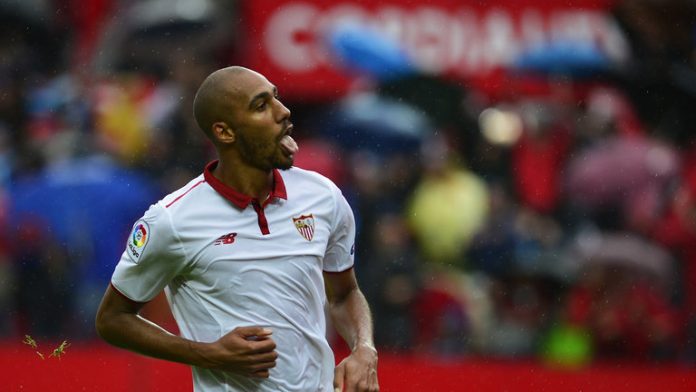 Everton and West Ham may be forced to search elsewhere for midfield reinforcements as Steven N’Zonzi could be persuaded to stay at Sevilla.

The French midfielder emerged as a top target for both Sam Allardyce and David Moyes after he fell out with boss Eduardo Berizzo after being substituted at half-time against Liverpool in the Champions League last month.

Sevilla came from 3-0 down to draw with Jurgen Klopp’s side and the French international has not played since.

However, Berizzo has since been sacked by the Spanish club and N’Zonzi may favour staying in La Liga, especially if former Barcelona boss Luis Enrique or ex-AC Milan head coach Vincenzo Montella takes over.

Allardyce has expressed an interest in linking up with N’Zonzi who played for him at Blackburn Rovers, while Moyes is also keen on adding the 29-year-old to his squad.

N’Zonzi first established himself in England under Allardyce at Ewood Park, but has subsequently proved his quality in La Liga and also forced his way into the France squad.

Arsenal have also been linked with N’Zonzi, but Berizzo’s sacking could well scupper any hopes of luring the midfielder back to the Premier League.