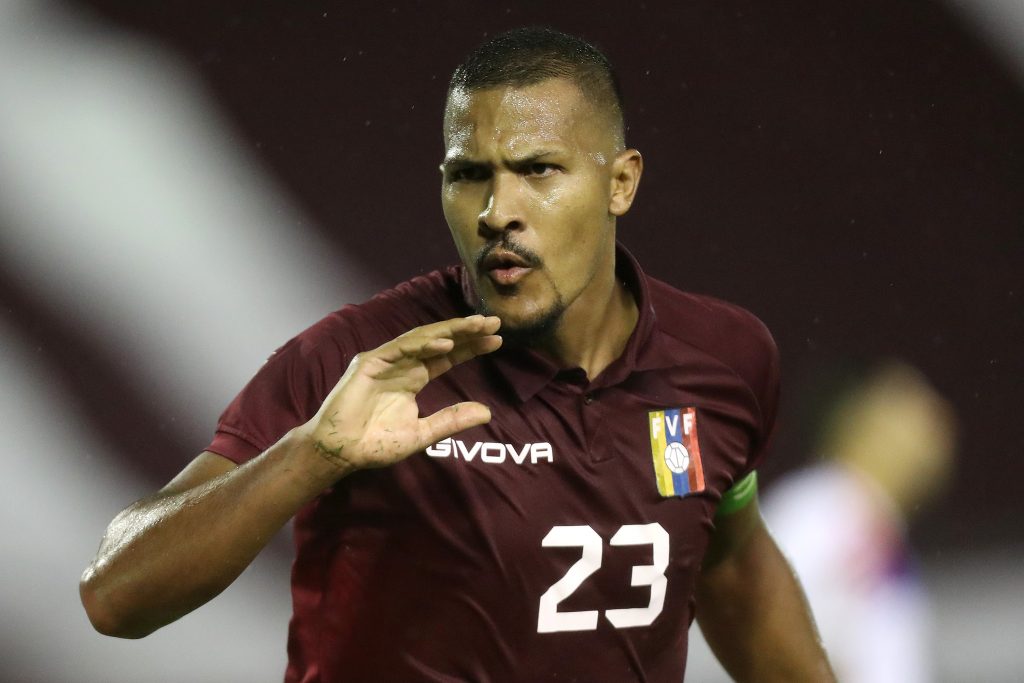 According to The Sun, Wolverhampton Wanderers are eyeing a move for Dalian Professional striker Salomon Rondon when the winter transfer window opens next month.

Nuno Espirito Santo’s side are set to be without Raul Jimenez for a large chunk of the season after he fractured his skull in a collision with Arsenal centre-back David Luiz, and they will look to bring in a short-term cover in January as they have 18-year-old Fabio Silva as their only senior striker.

Rondon spent four seasons in the English Premier League with West Bromwich Albion and Newcastle United, scoring 35 goals in 140 appearances, and he could be a perfect addition to the Wolves’ attack.

The 31-year-old currently earns £150,000-a-week with the Chinese Super League side and has scored 14 goals in 27 league goals since joining them in a £16.5 million deal last July.

Dalian Pro could be open to a deal and the Venezuelan wouldn’t mind returning to the English top-flight having already proven his goalscoring prowess.

Rondon became the second player ever to score a hat-trick of headers in the EPL during his time at West Brom, and Wolves could do with that particular trait as it is one of the key features of Jimenez’s game.

The Midlands outfit will need to bring in another striker next month if they are to improve on their seventh-place finishes from the last two seasons, and landing a veteran in the mould of Venezuela’s all-time scorer will do them a lot of good.

Rondon has the quality and experience to provide the short-term cover Wolves need in the absence of their Mexican star striker, and it will be interesting to see whether a deal can be struck in the coming weeks.

He told TNT Sports in May that he’d be interested in a return to Newcastle, insisting he would not look out of place on a return to the Premier League, but that could happen with Wolves instead as the Magpies have already gotten another striker.