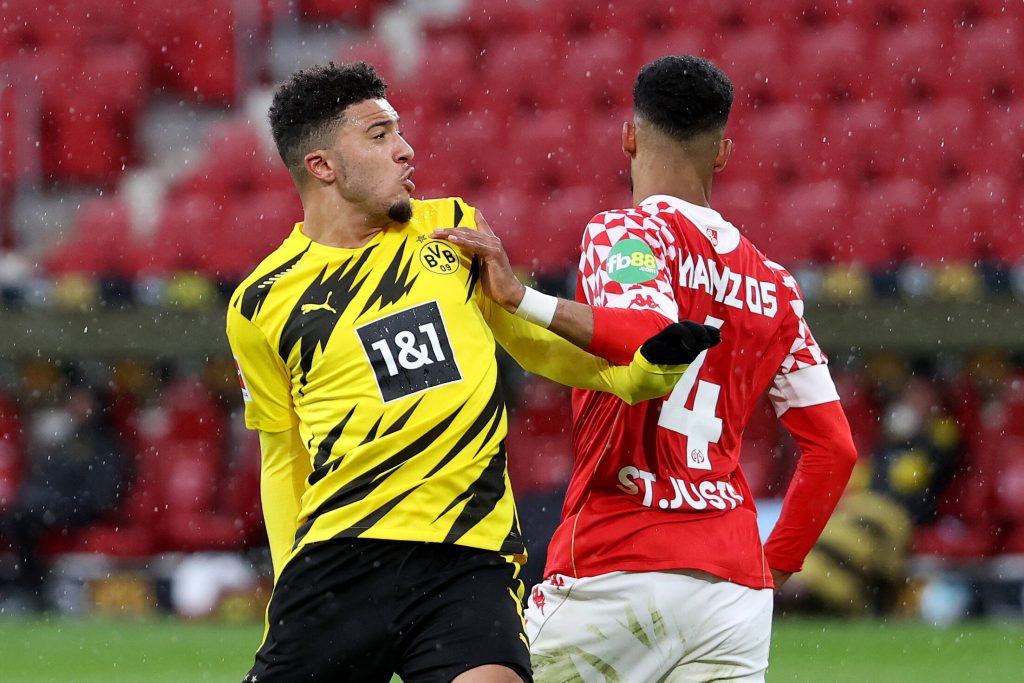 Liverpool are not interested in signing either Kylian Mbappe or Jadon Sancho in the summer transfer window.

James Pearce has given a detailed picture of what the summer transfer window holds for the club in his latest column for The Atheltic.

The Reds are planning to add a new defender to their ranks – Ibrahima Konate – but they are unlikely to spend big on signing an attacking midfielder.

Liverpool have been linked with a move for Sancho, who could be sold by Borussia Dortmund this summer.

According to a recent report from Liverpool Echo, the Reds have been showing interest in signing the highly-rated England international this summer.

The 21-year-old has bagged 16 goals and 14 assists in all competitions this season, and he would be available for around £80 million.

However, Pearce has claimed that talk of trying to prise either Mpappe or Sancho has been dismissed by senior officials at the club.

“Talk of trying to prise either Kylian Mbappe away from Paris Saint-Germain or Jadon Sancho from Borussia Dortmund has been dismissed by senior club sources,” he wrote.

Jurgen Klopp is reportedly content with his current options. Mohamed Salah and Sadio Mane are expected to remain at the club, while Klopp is willing to give chances to Naby Keita and Alex Oxlade-Chamberlain to deliver next season, despite their fitness problems.

Dortmund have made it clear that they will offload Sancho only if they get a good offer – which is less than €100m.

Manchester United are still interested after trying to sign him last summer, but no official talks have taken place.