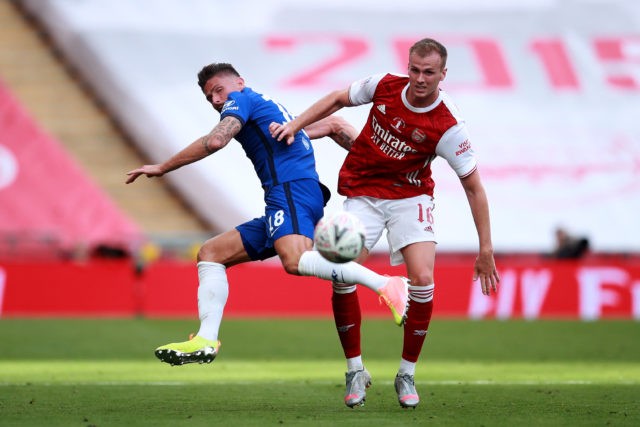 According to reports from the Daily Mail, Leeds United are interested in signing Arsenal defender Rob Holding this summer.

It is an open secret that Leeds are looking to sign a central defender following their return to the Premier League.

The Whites are keen to sign Ben White from Brighton this summer, but they are facing difficulty in getting his signature.

White impressed heavily on loan at Leeds last season, and Marcelo Bielsa’s side are keen to sign him on a permanent deal. However, Brighton are reluctant to sell him. Leeds have offered up to £25m for White, but Brighton are demanding a fee in the region of £50m.

As a result, Leeds are looking for options elsewhere. They have been linked with a move for Robin Koch, and it seems Holding is another option for them.

The 24-year-old has become surplus to requirements at the Emirates Stadium, and he could be offloaded by Mikel Arteta this summer.

Arteta reportedly having transfer listed a host of players from his first-team squad, and the likes of Holding and Sokratis are now up for sale.

With Arsenal ready to listen to offers for the defender, Leeds have a free run at the 24-year-old if they wish to sign him.

Holding made eight appearances in the Premier League last season for the Gunners.