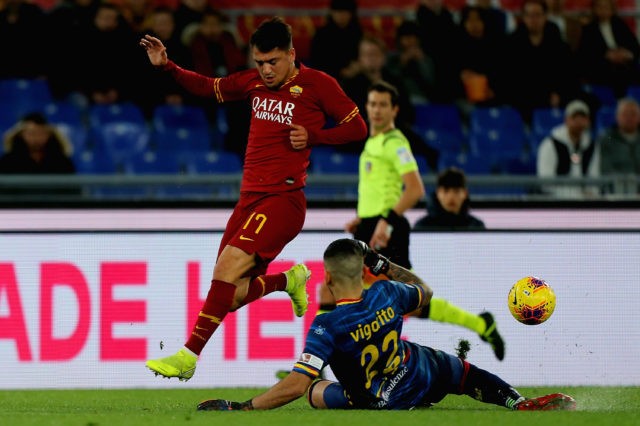 According to reports in Italy, Everton are leading the race to sign Cengiz Under from AS Roma.

The Turkish international has been frequently linked with a move to the Premier League, with Everton and Tottenham Hotspur reportedly keen for his signature.

Last month, a report from Turkish newspaper Gunes (translated by Daily Mail) claimed that Spurs manager Jose Mourinho wants to sign the 22-year-old winger if they book a place in the Champions League next season.

Everton made an attempt to sign the exciting winger from Roma in January, and had a bid in the region of £37 million rejected by the Serie A giants.

However, according to reports from Gazzetta Di Parma, the Turkish winger has failed to fully convince since signing a new deal in August last year. And Roma are not willing to honour the agreement.

The Toffees are potentially leading the race for the signature of Under who has scored just three goals in nine starts this season.

Patrick Boyland of The Athletic has claimed recently that Everton are looking to sign a right-winger who is capable of scoring goals on a regular basis. Under is a versatile young talent, and would be a very good signing for Carlo Ancelotti’s side.