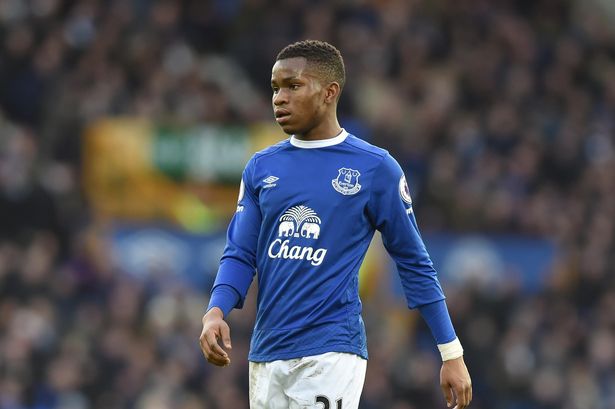 According to reports from The Sun, Crystal Palace are showing keen interest in signing Everton owned winger Ademola Lookman in the summer transfer window.

Palace are fighting for survival in the league and fear losing their key player Wilfried Zaha in the summer if they fail to secure Premier League safety.

Even if they avoid the drop, there is no guarantee they can hold on to their star player, as Palace could be tested with lucrative offers from top Premier League clubs.

The report claims that Lookman has emerged as the top replacement for Zaha. Arsenal are also interested in the Everton winger, but he will get regular opportunities at Palace.

Lookman joined the Merseyside club in 2017 from Charlton Athletic, and was sent on loan to Bundesliga club RB Leipzig during the January transfer window.

He has been impressive for both the German club and the England U-21 side, and has caught the attention of Palace.

Lookman has a contract with Everton till 2018, and Everton could ask for around £15 million for the exciting young forward.