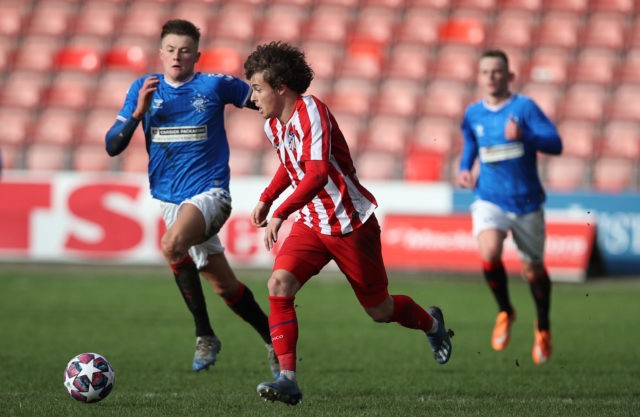 Celtic and Rangers have been tracking the progress of Rodrigo Riquelme this summer, but now a couple of Championship clubs have joined the race as well.

According to reports from Sky Sports (transfer live blog; 14:05), Championship outfit AFC Bournemouth are looking to sign the Atletico Madrid youngster this summer.

The 20-year-old is a young and exciting player who has managed just one appearance for the first team in the cup.

The report claims that Reading are also keen to secure his signature.

Last month, Spanish newspaper Marca reported that Riquelme will be out of contract in the summer of 2021 and therefore there is an urgency to sort out his future.

Both Celtic and Rangers have once again been very busy in the transfer market, and have made necessary additions to the squad.

However, they have to be quick in making an offer if they’re really interested in signing the exciting youngster.

The Ibrox club are looking to stop Celtic from winning their 10th Scottish Premiership title, and adding Riquelme to their squad would make them even better.

Bournemouth are yet to sign a player this summer following their relegation last season, and the Cherries would be keen to add one or two players before the window closes.