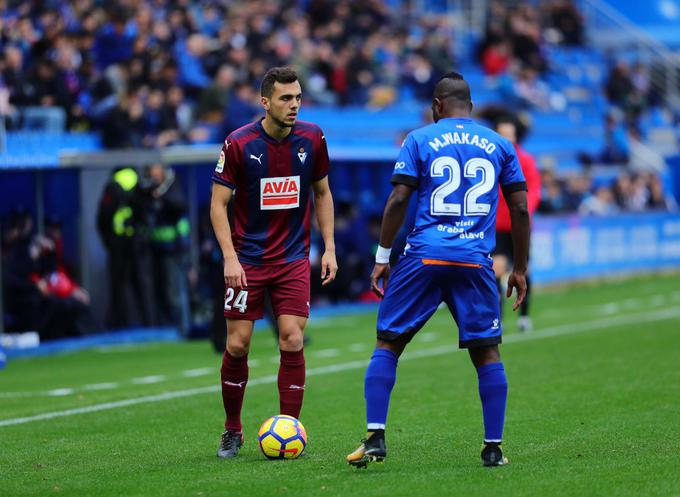 Have Arsenal found the replacement for Aaron Ramsey? According to Spanish newspaper Marca, the Gunners have identified Eibar midfielder Joan Jordan to replace the departing Welshman.

Ramsey will leave the club this summer after agreeing to join Serie A champions Juventus when his contract expires at the end of the season.

The Gunners have been linked with a number of talented midfielders recently, and the latest name to be thrown in the mix is Joan Jordan.

He is a skilful midfielder, and has been one of Eibar’s stand out players this season. Eibar has been punching above their weight once again, and Jordan has once again played a key role.

The Spaniard has scored three goals and provided four assists for Jose Luis Mendilibar’s side, and his impressive form has caught the attention of Arsenal.

Interestingly, he has a release clause of just £12.8 million. He will be a free agent in 2020, and Eibar could be willing to offload him.