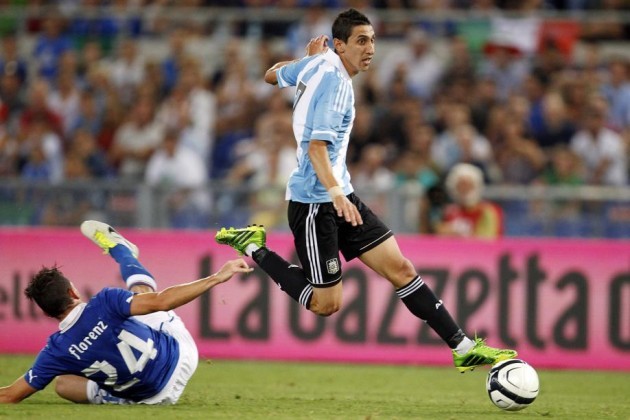 Real Madrid had a secret weapon to beat Atletico Madrid in last night’s Champions league Final. For most neutrals, last night`s Champions League Final result was disappointing, however, Real had a secret weapon to beat Atletico which vitally turned the match their way. The old saying that “goals win matches” may be a truism, but the real reason matches are won is more profound.

All the top coaches and managers plan their tactics along with their assistants, well ahead of games, but the very best always have an ace up their sleeve. These are often the small details which make the big difference in the final outcome.

Diego Simeone has quite rightly received the plaudits this season for his emergence as one of the top new managers in world football. Having lost their top striker last season, he recruited a virtually unknown striker called Diego Costa and the rest is history. At the same time, an `old hand` in the shape of Carlo Ancelotti was facing the sack, despite winning the Copa Del Rey. For Real Madrid, the La Liga title is the benchmark and the Champions League, with their obsession over `La Decima`, is the holy grail. Win either and you keep your job! Sometimes you can win the league and still get the sack!

The result was that one manager gave in to misguided stoicism whilst the other invoked a very simple but effective strategy; one which you would not normally associate with Real Madrid. Simeone has already admitted this morning that he made a fundamental mistake in allowing Costa to start the match when he was clearly not fit. This was proven when he had to come off after just 8 minutes, having been seen struggling in the warm up.

Ancelotti meanwhile knew that all attention would be on Ronaldo and to a lesser extent, Bale. Therefore, he decided to give Di Maria a virtually free role with the instruction to run at the Atletico defenders. This may seem basic stuff to aficionados of football tactics, but in Spain, this is a dying art due to the obsession with the `tika-taka` style much beloved of Barcelona and subsequently others.

Atletico had the best defensive record and when they went ahead due to an uncharacteristic mistake by Casillas, it looked like they would close up shop and march to victory. However, as the game progressed, the Argentinian winger became more of the focal point and regularly swapped sides of the pitch and occasionally was found in the middle as well. His only thought was to control the ball quickly and then run at the defenders. 9 times out of 10 he was thwarted eventually by defensive numbers, but his relentlessness paid off with the corner from which Ramos scored the equalising goal deep into added on time, to send Real Madrid into extra time. It was a crushing moment for Atletico and one from which they do not appear to have really recovered.

All the while Di Maria was getting more success with his runs and finally he broke through on the Real Madrid right wing and drove in towards the penalty area. His shot was on target, but the giant Belgian keeper, Courtois, made an excellent parry, but it flew up in the air and toward the far post, where Bale was able to crane his neck somehow and divert the ball back into the Atletico net.

This was the turning point of the match. All of a sudden, it was one-way traffic, with Real Madrid attacks swirling around the Atletico penalty area in waves, led mainly by the irrepressible Di Maria. Eventually, Atletico collapsed and Real Madrid went on to score another two goals to give a rather unjust look to the final score. Bale and Ronaldo both scored and will undoubtedly get all the praise and attention, yet they were overshadowed by a master class of free running wing play by Di Maria which in my opinion should have made him man-of-the-match.

So it was the little things which mattered on the night. Simeone uncharacteristically gave in to sentimentality in letting Costa start, whilst Ancelotti  used all his experience and intuition to formulate a plan to beat the solid Atletico defence. It was an intriguing match without ever being a classic, but in truth the best team won, though maybe not the most popular one.