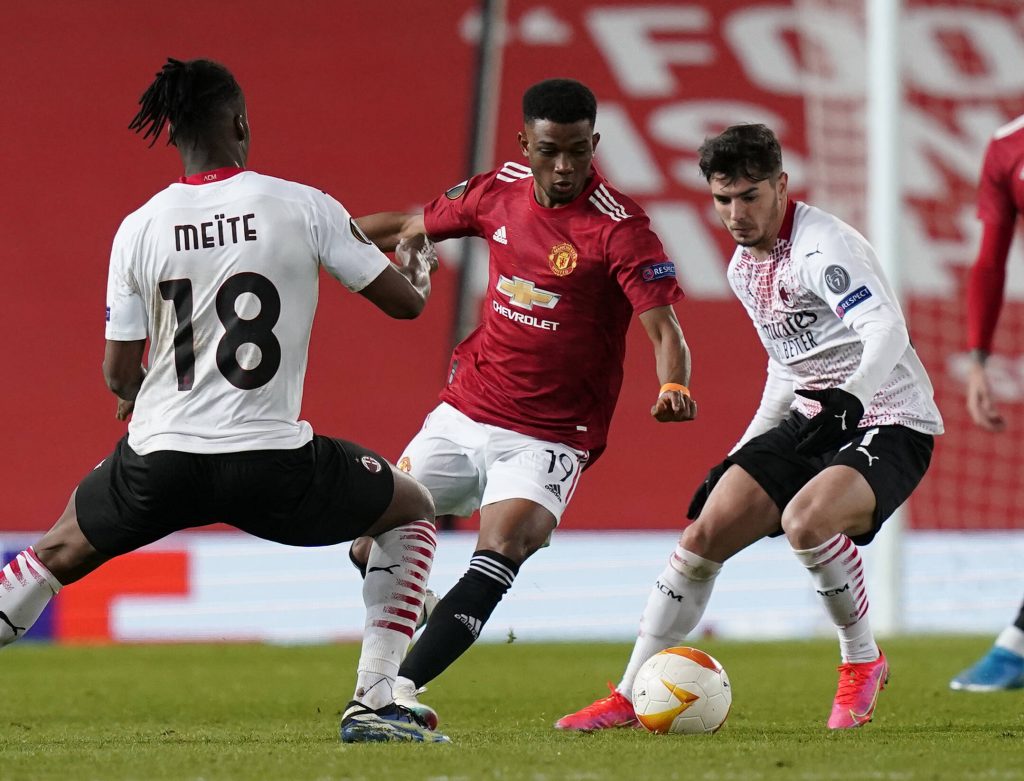 Manchester United travel to the Molineux Stadium for the final matchday of the Premier League campaign against Wolverhampton Wanderers.

The Red Devils are guaranteed to finish as the runners-up this term, but their recent form has been hugely disappointing, with just one point earned from three games.

The club have a Europa League final against Villarreal on May 26, and Ole Gunnar Solskjaer will want his team to go into that game on the back of a win.

The Norwegian is likely to rest some of the key players, but he could pick a backline which is expected to start the European final next week.

David de Gea has been in-and-out of the starting line-up in recent months, but he recently reclaimed the gloves in the league.

With the uncertainty surrounding Dean Henderson’s future, De Gea looks set to keep his place for the club’s final two games of the campaign.

Aaron Wan-Bissaka and Luke Shaw are pretty much automatic choices in the full-back positions, but Solskjaer has a selection headache on his hands in the central defensive department.

Harry Maguire appears set to miss the Europa League final with an ankle injury, and Victor Lindelof will have a new partner.

Eric Bailly and Axel Tuanzebe have played a game apiece alongside the Swede. Solskjaer may probably stick with the experience of Bailly.

Scott McTominay and Fred picked up knocks in the 1-1 draw against Fulham but have recovered in time. The manager could keep them afresh to face Villarreal.

Amad Diallo is in line for a second start in three games on the right flank. Juan Mata could earn his farewell appearance for the club from the number 10 role.

Daniel James is back fit after a muscle injury. He is likely to slot into his preferred left wing position.

Marcus Rashford was handed a breather against Fulham, where he was only called up at the hour mark.

With Mason Greenwood and Edinson Cavani possibly being rested, he looks set to lead the attack against Wolves.

How Manchester United could line up against Wolverhampton Wanderers