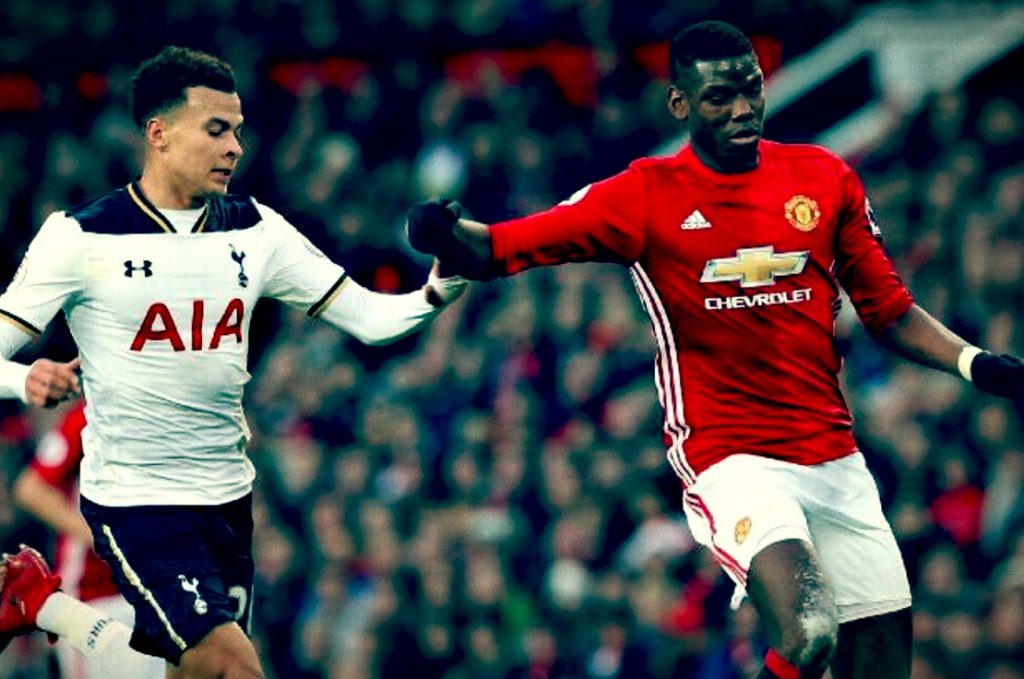 Manchester United midfielder Paul Pogba has shared his opinion on how much Tottenham Hotspur star Delle Alli is worth in today’s market.

The France international rejoined United in a world record transfer of £89 million in 2016 but has since then been overtaken by Neymar as the most expensive player on the planet following the Brazilian’s eye-watering €200 million move to Paris Saint-Germain.

Pogba and Alli were recently together at an event to launch Adidas’ new Predator boots. The former Juventus midfielder gave an honest answer as to how much Alli is worth and why.

“I think he is worth even more than £100m because you see how he plays – he is very talented but still very young,” said Pogba.

“But he is mature as well – you can see that in his football. He can deal with the talk. You can see he doesn’t care.

“He should, and will, focus on his football, and the rest, they will always speak. Always focus on the field.”

Pogba then went on to express his relief at not being the most expensive footballer in the world. The 24-year-old believes that the Neymar deal inadvertently took the pressure off him as the media now focuses on his performances on the pitch rather than his hefty price tag.

“The player with the biggest price tag is more expensive now,” he added.

“So people don’t think about me, they don’t care about me. It is good. Me, I just care about football.

“The Neymar deal is special for me because it means journalists are not looking at the price any more. They are more looking at my performance on the pitch. That’s what matters.

“This season, there is less pressure for me and I can focus even more on my football. Now not being the player with the price tag helps me, it helps me a lot to focus on the field and nothing else.”

Manchester United have hit top form since Pogba returned from injury and will face Arsenal at the Emirates in the Premier League on Saturday.