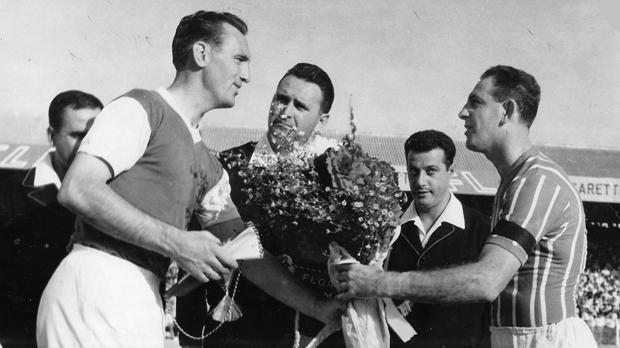 Ipswich Town got promoted to the First Division in the 1961-62 season and won the top flight title in their very first attempt.

The Tractor Boys, under the tutelage of the late great Sir Alf Ramsey, entered the European Cup in the following season and met Maltese champions Floriana in the first leg of the competition. It was a spectacle.

The first leg took place on 18 September at the Empire Stadium in Gzira. Thanks to a brace each from Raymond Crawford and Edward Phillips, Ipswich secured a 4-1 victory.

With progression into the next round seemingly assured, fans at Portman Road were in buoyant mood to watch their team play in Europe’s premier cup competition.

Douglas Moran opened the scoring in the 8th minute before another two goal feat from Phillips and a hat-trick from Crawford put Ipswich 6-0 up at the interval. Further misery awaited Floriana in the second half as Moran scored his second goal of the night, Crawford added two more and even John Elsworthy got his name on the score sheet.

Ramsey’s men met eventual champions AC Milan in the next round. They lost 3-0 at the San Siro but won the return leg 2-1 with Crawford on target yet again. An aggregate score of 4-2 meant that Ipswich were eliminated from the competition.